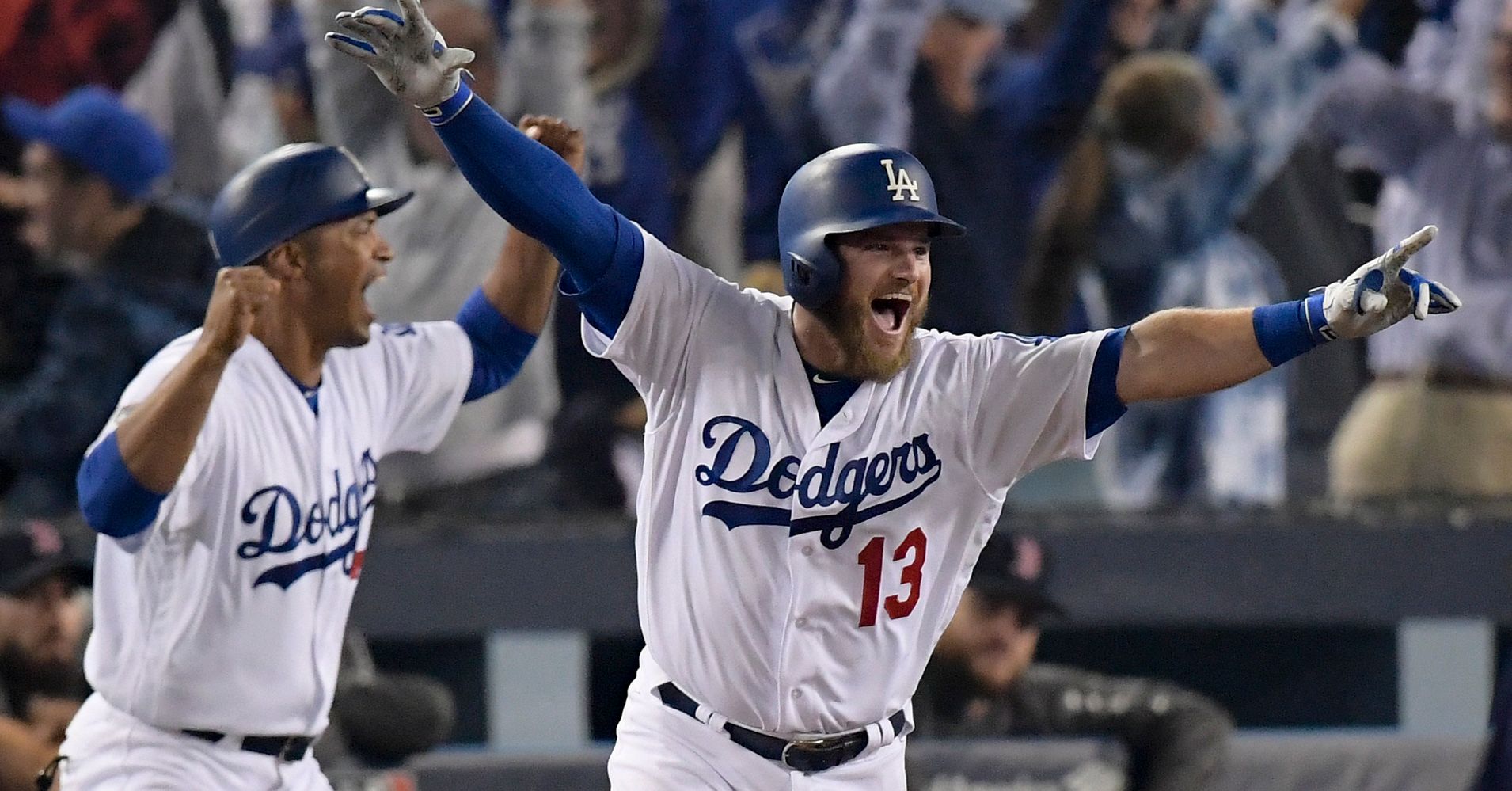 How appropriate. The longest game in World Series was bananas.

Twenty-three players on each team, including nine pitchers.

Eighteen innings — four more than any of the previous 662 World Series games.

Seven hours, 70 minutes — 1:39 longer than any Series game played before.

Max Muncy homered on the 561st and last at 12:30 a.m., when most of America was asleep and even fans up in Alaska and out in Hawaii were struggling to stay up.

Ernie Banks would have been happy — the Los Angeles Dodgers and Boston Red Sox filled his oft-said desire: Let’s play two! “Take Me Out to the Ball Game” was played twice, during the seventh-inning stretch and the 14th inning elongation.

“It was an amazing game,” Dodgers outfielder Yasiel Puig said. “I’m a little tired. But we’re ready to come back tomorrow.”

Then he looked at his watch and corrected himself.

“In a couple of hours,” Puig said.

Soccer ends after 120 minutes and is decided by penalty kicks.

Even Wimbledon is instituting fifth-set tiebreakers next year when tied 12-12 after John Isner’s 70-68 first-round triumph over Nicolas Mahut in 2010 and Isner’s 26-24 semifinal defeat to Kevin Anderson this year.

No U.S. major team sport DOUBLED the length of a game in its championship. Notably, a Boston team has been involved in the longest title match in all four of the major sports.

Only once has the Super Bowl gone to overtime, with only an extra 11:02 needed for New England’s win over Atlanta in 2017 .

There have been only two NBA Finals games needing the extra 15 minutes of three overtimes, Boston’s victory over Phoenix in 1976 and the Suns’ win over Chicago in 1993 . The longest Stanley Cup final matchup was Edmonton’s win over Boston in the 1990 opener, a three-overtime affair requiring an extra 55:13.

“You look up and see the 18th inning, and you’re like, holy cow, where did the game go?” Muncy said. “Those last nine innings or so just kind of blended together.”

The Dodgers munched on peanut butter and banana sandwiches provided by a team employee, and hung the bananas to produce fruitful luck — harkening back to the rally banana credited by Enrique Hernandez for helping end a 35-inning scoreless streak three years ago.

“You want to have fun with it,” said Rich Hill, the Dodgers scheduled Game 4 starter before a middle-of-the-night change to TBA to match Boston’s probable pitcher.

Clayton Kershaw, a three-time NL Cy Young Award winner with a .163 career batting average, pinch hit in the 17th inning and lined out.

“Starting pitchers are used to getting their spikes on, but nothing usually comes to fruition,” Kershaw said.

After hitting .297 in winning the first two games at cozy, chilly Fenway Park, Boston was 5 for 57 at the plate in the warmth of Dodger Stadium— including 0 for 28 in the top four slots of the batting order.

Is Tom Brady Really The Greatest Quarterback Ever?