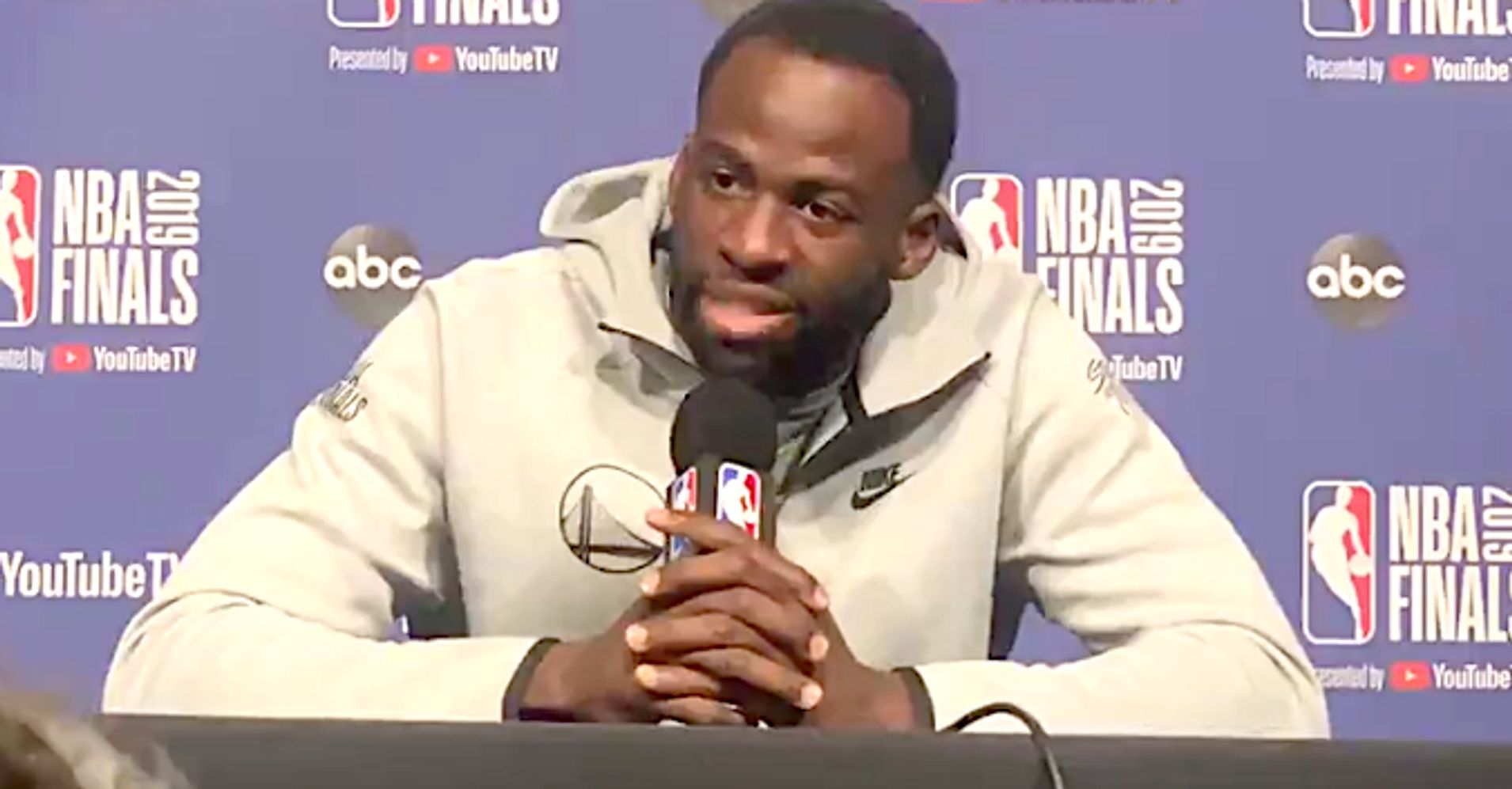 In the meantime, Green schooled the media at a news conference in Toronto Wednesday on how to be great ― at anything, really.

Green clearly has given the subject a lot of thought ― and seems to follow his own advice that believing in himself is crucial to his success.

“That has been my mindset since I can remember,” he added. “Before you can reach anything, you have to believe it. You don’t just mistakenly become great at something. You probably at one time or another believed that you could be great at that. And then you worked to get great at that and you reached that greatness.”

Green has won three NBA titles with the Warriors, in 2015, 2017 and 2018. He was the first player in the franchise’s history to be named the NBA Defensive Player of the Year.

A Guy Crashes Through A Table In Snow To Celebrate NCAA...