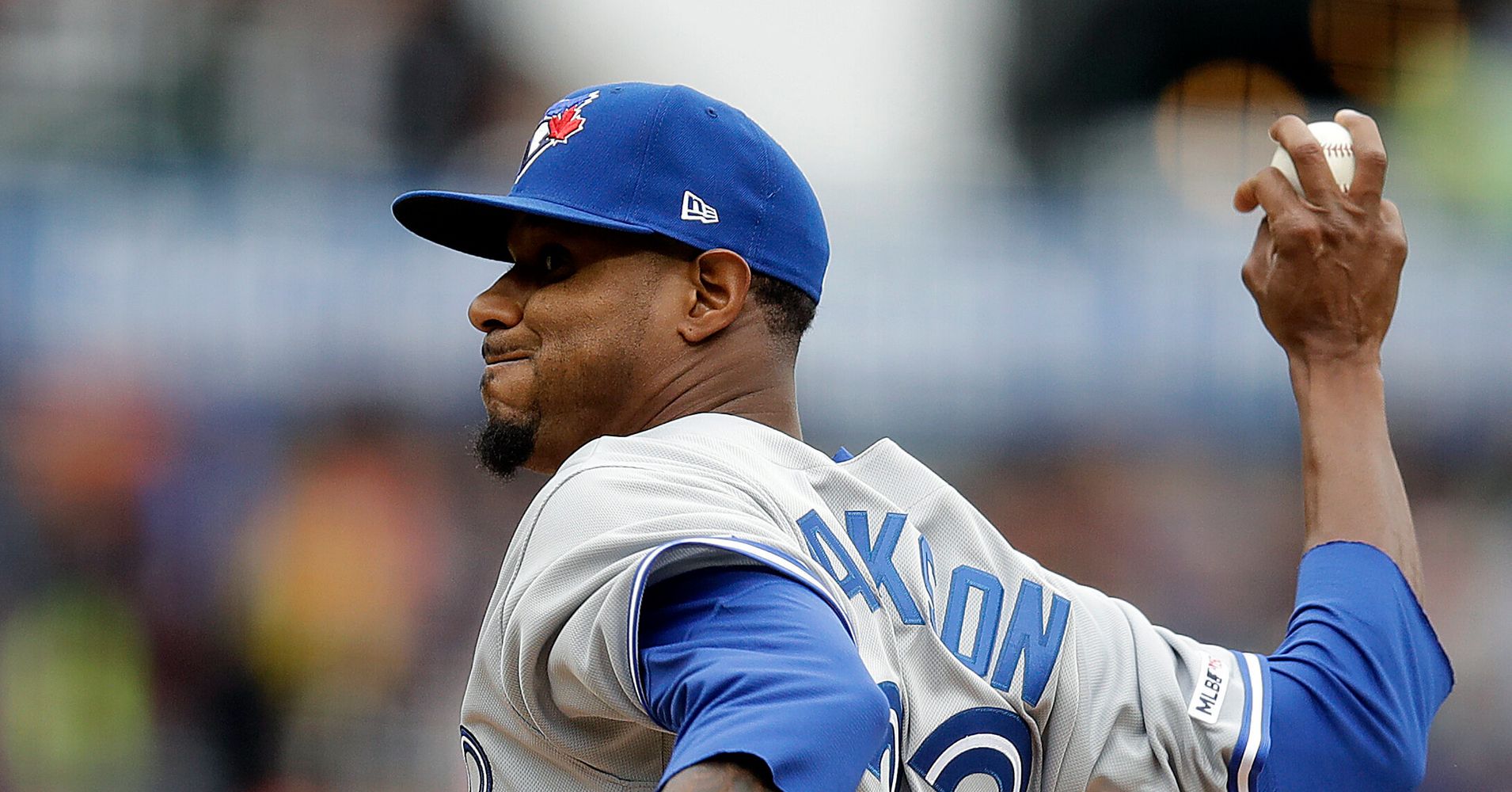 SAN FRANCISCO (AP) — Edwin Jackson became the first player in major league history to play for 14 teams when he made his Toronto Blue Jays debut.

The 35-year-old right-hander threw an 88 mph cutter that San Francisco leadoff hitter Joe Panik took for a called strike leading off the bottom of the first inning on Wednesday.

Toronto acquired Jackson from the Oakland Athletics on Saturday for $30,000.

Jackson had been tied with Octavio Dotel for most teams played. He agreed last month to a minor league contract with the A’s and was 1-0 with a 6.75 ERA in three minor league starts.

Left-hander Thomas Pannone was optioned to Triple-A Buffalo after going 1-3 with a 6.85 ERA in 14 games for the Blue Jays. Right-hander Matt Shoemaker was transferred to the 60-day injured list to open a spot on the 40-man roster.

Toronto has four starting pitchers on the injured list, including right-handers Clay Buchholz (shoulder) and Shoemaker (out for the season after knee surgery), and left-handers Ryan Borucki (elbow) and Clayton Richard (right knee).

Dwyane Wade Says It’s ‘My Job As A Father’ To Support...

People Keep Voting In Support Of The Death Penalty. So How...

These Are The Top 25 Freshmen Of Men’s College Basketball