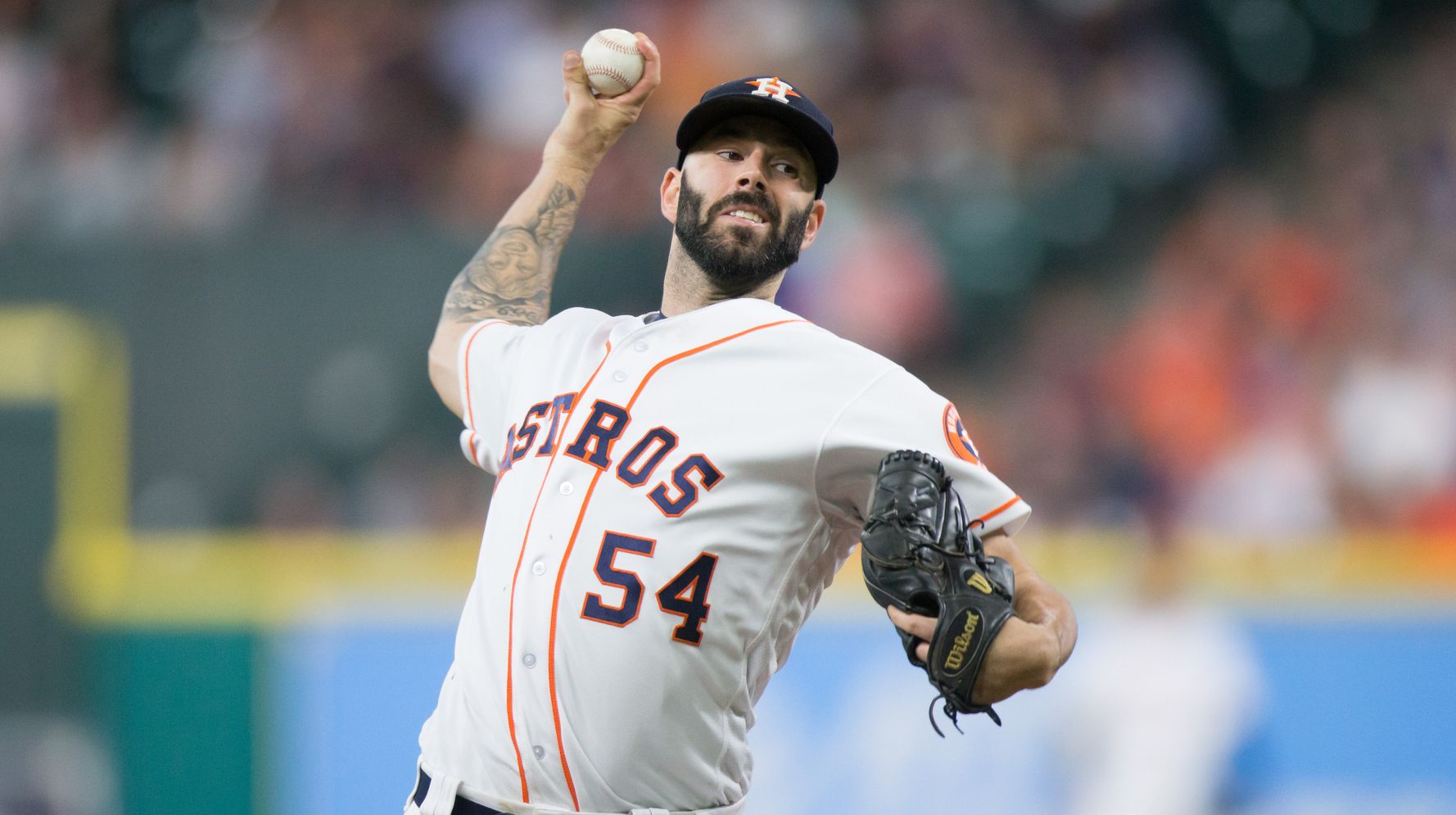 Major League Baseball is investigating allegations of cheating by the Houston Astros during home games after an active player went on the record about the scheme.

Mike Fiers, who pitched for Houston in 2017, and three other unnamed sources who were with the team at the time, told The Athletic about a special video feed delivered to the hallway just outside the dugout during that season when they won the World Series. The feed would focus on the opposing catcher to pick up his signs to the pitcher. Once those signs were deciphered, staff in the runway would bang on garbage cans to signal which pitches were coming.

The use of video to steal signs is against MLB rules.

It’s not clear if the scheme lasted beyond 2017, but Jimmy O’Brien of the “Talkin’ Yanks” podcast found the footage that matched the description in the bombshell report:

Danny Farquhar, the White Sox pitcher in that clip, told The Athletic he knew something was going on when Astros hitters fouled off “some really good changeups” after hearing the bangs. As the footage showed, after Farquhar called in his catcher, they changed their signs and the banging stopped.

“My assumption was they were picking it up from the video and relaying the signs to the dugout,” Farquhar told the website. “That was my theory on the whole thing. It made me very upset. I was so angry, so mad, that the media didn’t come to me after.”

Houston general manager Jeff Luhnow said the team was investigating itself in cooperation with MLB.

“We’re going to look into it,” he told The Associated Press. “If you’re not following the rules, it’s a serious matter.”

Fiers said he spoke out because pitchers on opposing teams could get sent back to the minor leagues after a poor performance against Houston.

“Young guys getting hit around in the first couple of innings starting a game, and then they get sent down,” he told The Athletic. “It’s (B.S.) on that end.”

There is a belief inside the game that high-tech sign-stealing isn’t limited to the Astros but is happening throughout the league, The Athletic reported.

Former NFL Player: There Are Gay, Bisexual Players On Every Pro...