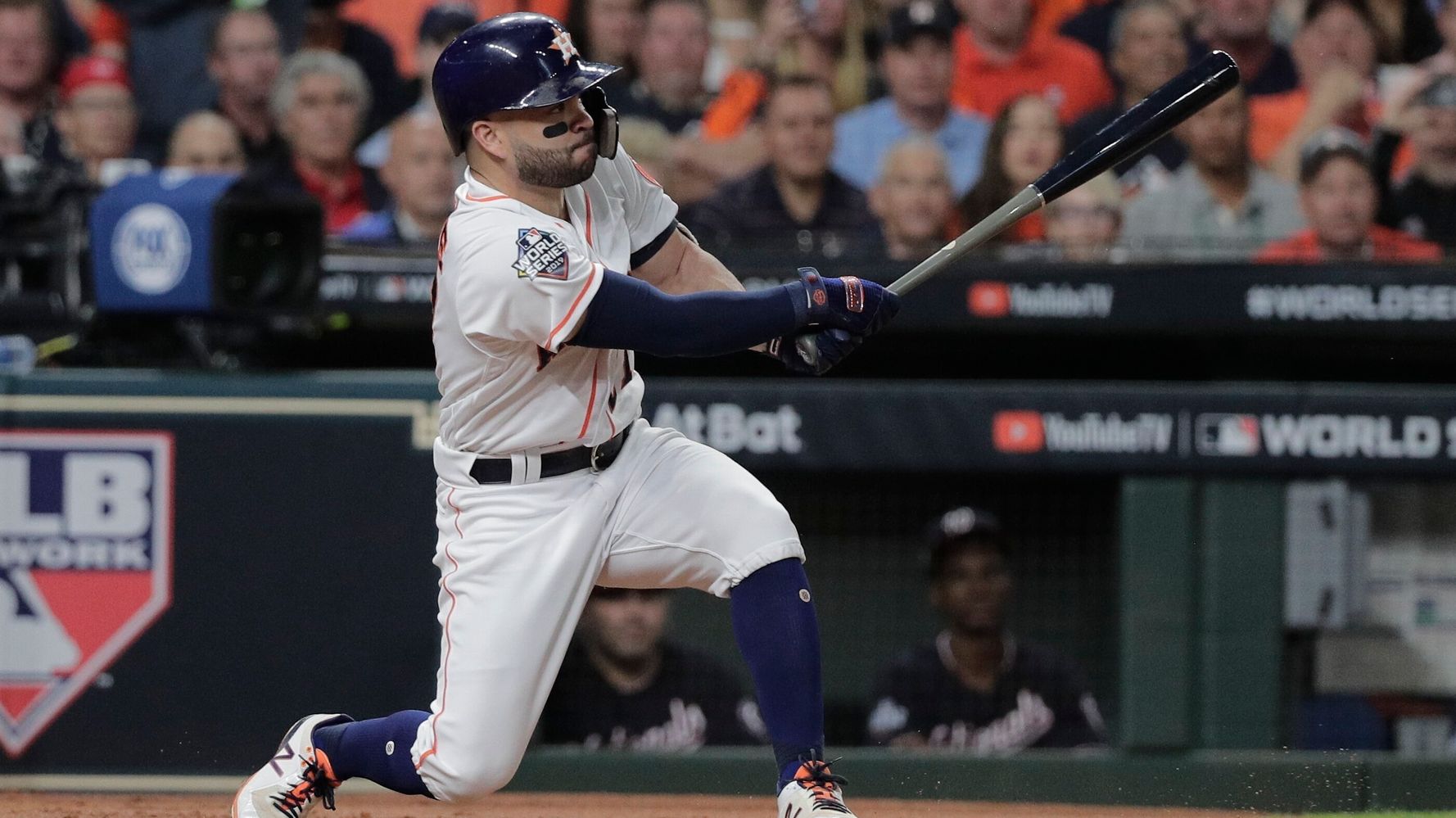 MLB’s cheating scandal went into overdrive on Thursday as baseball Twitter blew up with a conspiracy theory that Houston Astros players wore electronic devices to tip them off to incoming pitches.

The claim gained so much traction that it prompted one of the accused to respond.

Second baseman Jose Altuve — the MVP of the 2017 season and World Series — is in the crosshairs of the claims, which he vehemently denied through his agent Scott Boras:

Why the suspicion surrounding Altuve? The speculation that Altuve wore a device stems in part from his response after hitting a walkoff home run off New York Yankees closer Aroldis Chapman in the 2019 ALCS.

Altuve was seen telling his teammates not to rip his jersey off in celebration, prompting theories that he was wearing a device in light of the 2017 sign-stealing scandal that has engulfed the Astros and Major League Baseball.

Altuve making sure he keeps that jersey on (via r/nyyankees) pic.twitter.com/OO32FVFxTi

Altuve said after the game that he wanted to keep his jersey on for modesty reasons.

Boras told SI that he encouraged Altuve to defend his reputation.

“I told him, ‘They are defaming you as a player and your MVP season,’” Boras said. “‘You need to respond.’ He already stated publicly his reasons forkeeping his shirt on and those are his reasons.”

Colin Kaepernick Thanks All Who Helped With His Atlanta Workout: ‘We...

Lando Vannata Was Not Wrong To Call Tony Ferguson ‘Predictable,’ But...

Dwyane Wade Says It’s ‘My Job As A Father’ To Support...