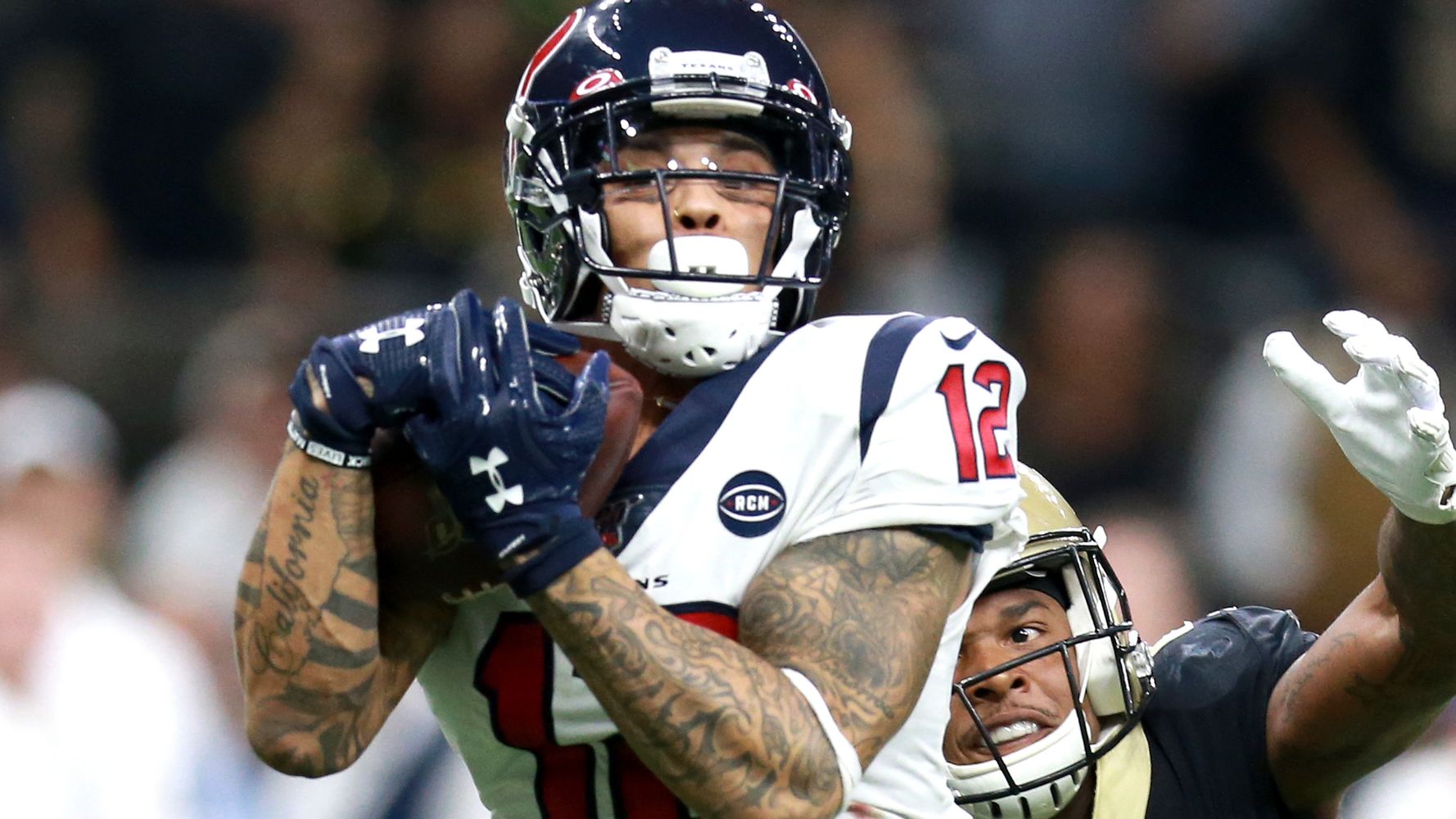 Kenny Stills has shown no signs of stopping his protests against social injustice. The NFL player and activist kneeled during the playing of the national anthem in his first game as a wide receiver for the Houston Texans on Monday night.

The wide receiver was recently traded to the Texans from the Miami Dolphins, where he played for the past four years.

Stills and his former Dolphins teammate Albert Wilson have notably continued the peaceful protests sparked by Colin Kaepernick in 2016, by kneeling at NFL games, long after the former San Francisco 49ers quarterback’s last season in the league.

Stills, whose own Kenny Stills Foundation hosted a summit in Florida earlier this year to help families with mental wellness, suggested that hosting the event for Trump was hypocritical, since Ross’ nonprofit, RISE, aims to “champion social justice and improve race relations,” among other goals.

“You can’t have a non profit with this mission statement then open your doors to Trump,” Stills tweeted.

After Monday night’s game, in which the Texans lost to the New Orleans Saints 30-28, Texans head coach Bill O’Brien responded to questions about Stills kneeling during the national anthem.

“Kenny exercised his right, his prerogative, I’m not going to really get into that,” he told reporters. “I’ve talked to Kenny, Kenny’s a good guy, very smart guy, very articulate guy and he’s really good football player … so, glad to have him here.”

Last week, Stills shared a post on Instagram reflecting on his time as a Dolphins player, noting that he was “grateful for the memories and for the relationships.”

“I’m at peace with the fact that I’m no longer playing in South Florida because I know it’s a part of the plan,” he added. “And I’m looking forward to a new chapter in Houston.”

Odell Beckham Sports A New Look At The ESPYs, And Twitter...

Breaking Down UFC 207: Nunes vs. Rousey