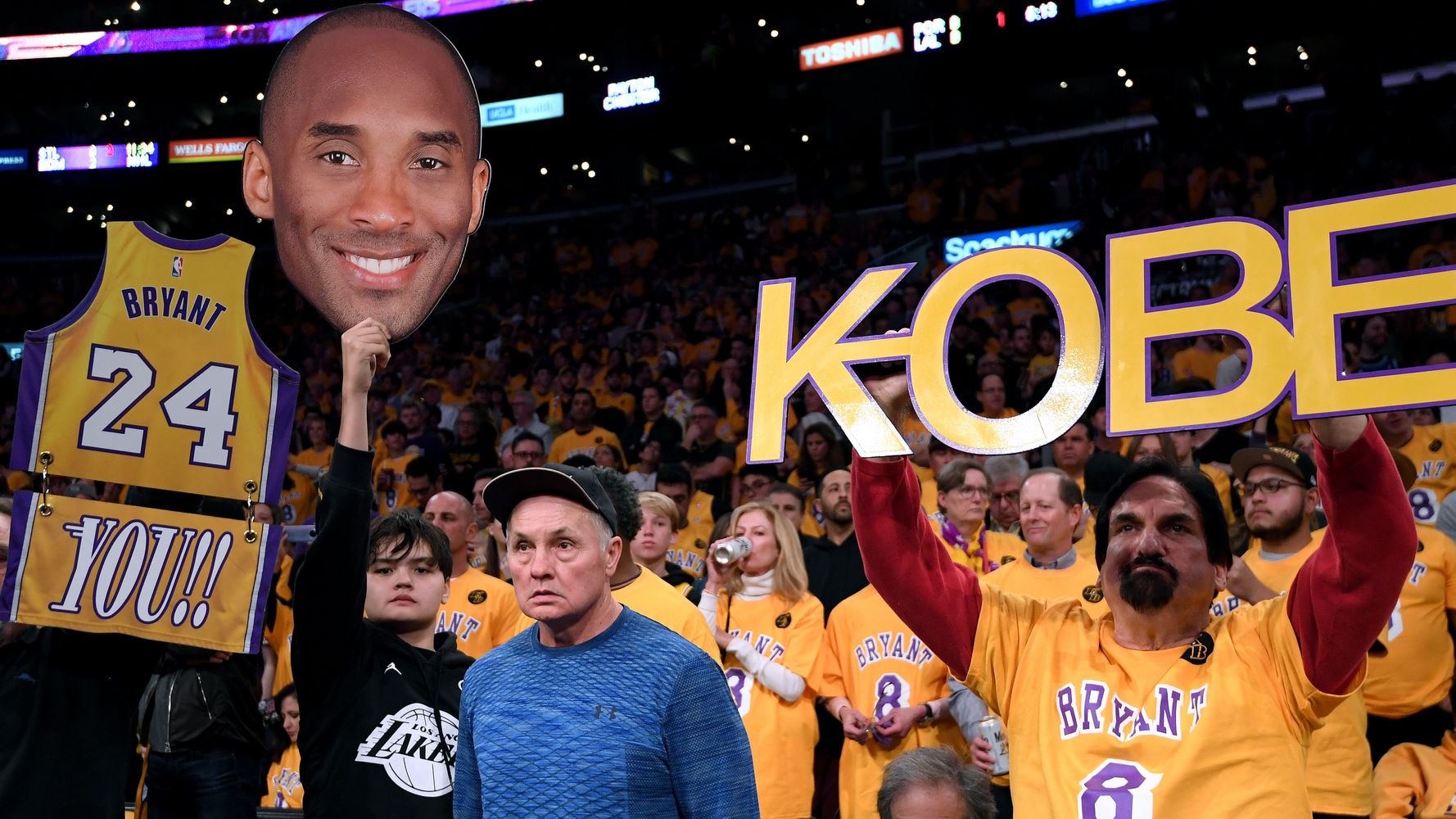 Usher sang a heart-wrenching “Amazing Grace,” LeBron James cried as he told it “straight,” and fans cried and chanted Friday night before the first Los Angeles Lakers game since team legend Kobe Bryant was killed Sunday in a helicopter crash.

“Growing up and watching all these great players play and learning so much from them, to now be a part of that wall means everything to me.” pic.twitter.com/MEOqu3PZcG

“MVP! MVP! MVP!” shouted fans in the emotional pre-game tribute that began with two retired jerseys bathed in purple light, the ones with Bryant’s numbers 24 and 8. Two seats were covered with roses to honor Bryant and his 13-year-old daughter, Gianna, who died with her dad in the Los Angeles-area crash that claimed seven other lives.

A video on the screens at the downtown Staples Center arena showed highlights of Bryant’s life. But the poignant touchstone was the tribute from Lakers All-Star and Bryant’s longtime friend James.

He said he had some prepared remarks. “But, Laker Nation, man, I would be selling you all short if I read off of this shit, so I’m going to go straight from the heart,” he told the crowd to cheers.

“The first thing that comes to mind, man, is all about family. And as I look around this arena, we’re all grieving, we’re all hurt, we’re all heartbroken,” James said. “But when we’re going through things like this, the best thing you can do is lean on the shoulders of your family. … Everybody that’s here — this is really, truly, truly a family.”

At “some point, we will have a memorial for Kobe,” he added. “But I look at this as a celebration tonight. This is a celebration of the 20 years of the blood, the sweat, the tears, the broken-down body, the getting up, the sitting down … the countless hours, the determination to be as great as he could be.”

“The fact that I’m here now means so much to me,” he said. “I want to continue along with my teammates, to continue his legacy … for as long as we can play the game of basketball that we love because that’s what Kobe Bryant would want.”

James concluded: “Mamba out … but not forgotten,” referring to Bryant’s “Black Mamba” nickname. “Live on, brother.”

When the starting lineup was announced for the game against the Portland Trail Blazers, all five Lakers were announced as Kobe Bryant.

Then each team — just as every other  NBA team has since Bryant’s death —  committed a 24-second and an 8-second violation to open the game to honor Bryant’s numbers.

Dwyane Wade Is Apparently Not Sold On Terry Crews’ Apology To...