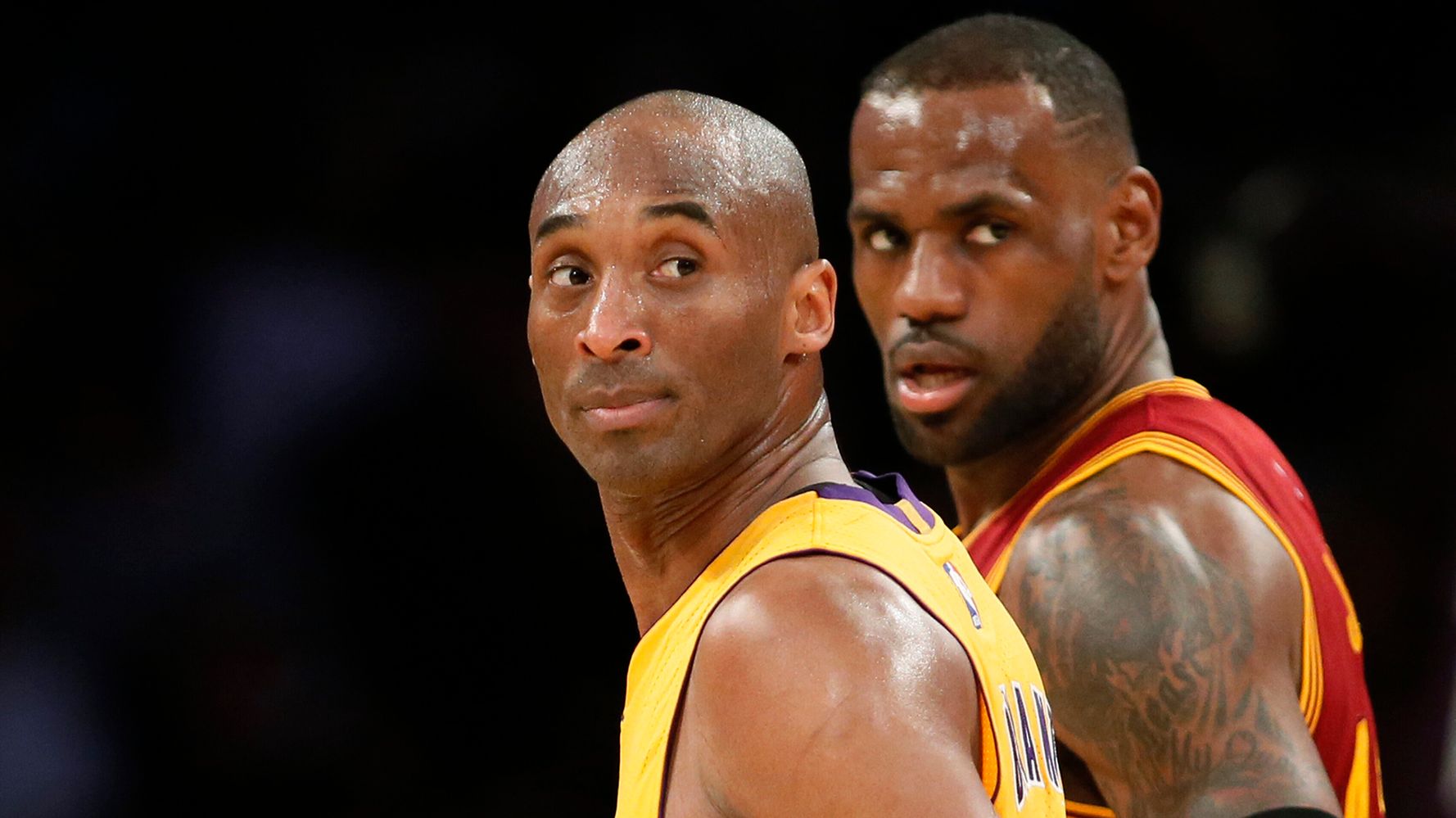 LeBron James reflected Saturday on Kobe Bryant’s legacy as one of the greatest NBA players of all time ― one day before the former Los Angeles Laker and his daughter died in a helicopter crash.

James, who currently plays for the Lakers, passed Bryant on Saturday to clinch the No. 3 spot on the NBA’s all-time scoring list. The Lakers were playing the Philadelphia 76ers, and James needed 18 points to pass Bryant’s career total of 33,643 points.

After Saturday’s game ― which took place in Philadelphia, where Bryant was born ― James recalled meeting Bryant during the 2002 NBA All-Star Weekend. On that occasion, Bryant gave James a red, white and blue design of his signature sneakers. James said he later sported the sneakers in a matchup against Carmelo Anthony, who was in high school at the time. Anthony now plays for the Portland Trail Blazers.

Watching this back now is surreal – LeBron sharing heartfelt memories of Kobe after passing him on the all-time scorers list pic.twitter.com/zYGm4DBu8S

“It’s just too much. The story is just too much. It doesn’t make sense,” James told reporters of Bryant. “Just to make a long story short, now I’m here in a Lakers uniform, in Philadelphia, where he’s from. The first time I ever met him, he gave me his shoes on All-Star Weekend. It’s surreal, it doesn’t make no sense, but the universe just puts things in your life. And I guess when you live in the right way, or you’re just giving everything to whatever you’re doing, things happen organically.”

Continuing to move the game forward @KingJames. Much respect my brother 💪🏾 #33644

In the game where James surpassed Bryant in the all-time scoring list, he wore sneakers with “Mamba 4 Life” and “8/24 KB” written in gold marker to honor Bryant’s legacy.

.@KingJames wrote “Mamba 4 Life” on his shoes as he has a chance to pass @kobebryant for third on the all-time scoring list 🐍 pic.twitter.com/9n6afaaXBR

James and Bryant teamed up for Olympic gold medals for Team USA in Beijing in 2008 and London in 2012. James had not issued a statement on Bryant’s death as of Sunday afternoon.

Bryant and his daughter Gianna were among nine people killed in a helicopter crash Sunday in Calabasas, California. Authorities said there were no survivors in the crash, but they will not be publicly name any victims until the county coroner identifies them and officials notify next of kin. An investigation is ongoing.

Bryant was 41 at the time of the crash, and his daughter was 13. The abrupt deaths spurred nationwide mourning.

Bryant, whose nickname was “Black Mamba,” entered the NBA in 1996 after graduating from high school ― a career path similar to James’ own. Bryant played for the Lakers for 20 seasons, helping the team win the NBA championship five times.

Cardi B Says She Turned Down Super Bowl Gig To ‘Stand...

The 12 Sickest NFL Burns From The ‘Deflategate’ Decision

Area Man Yelling Courtside Is All Of Us During These NBA...