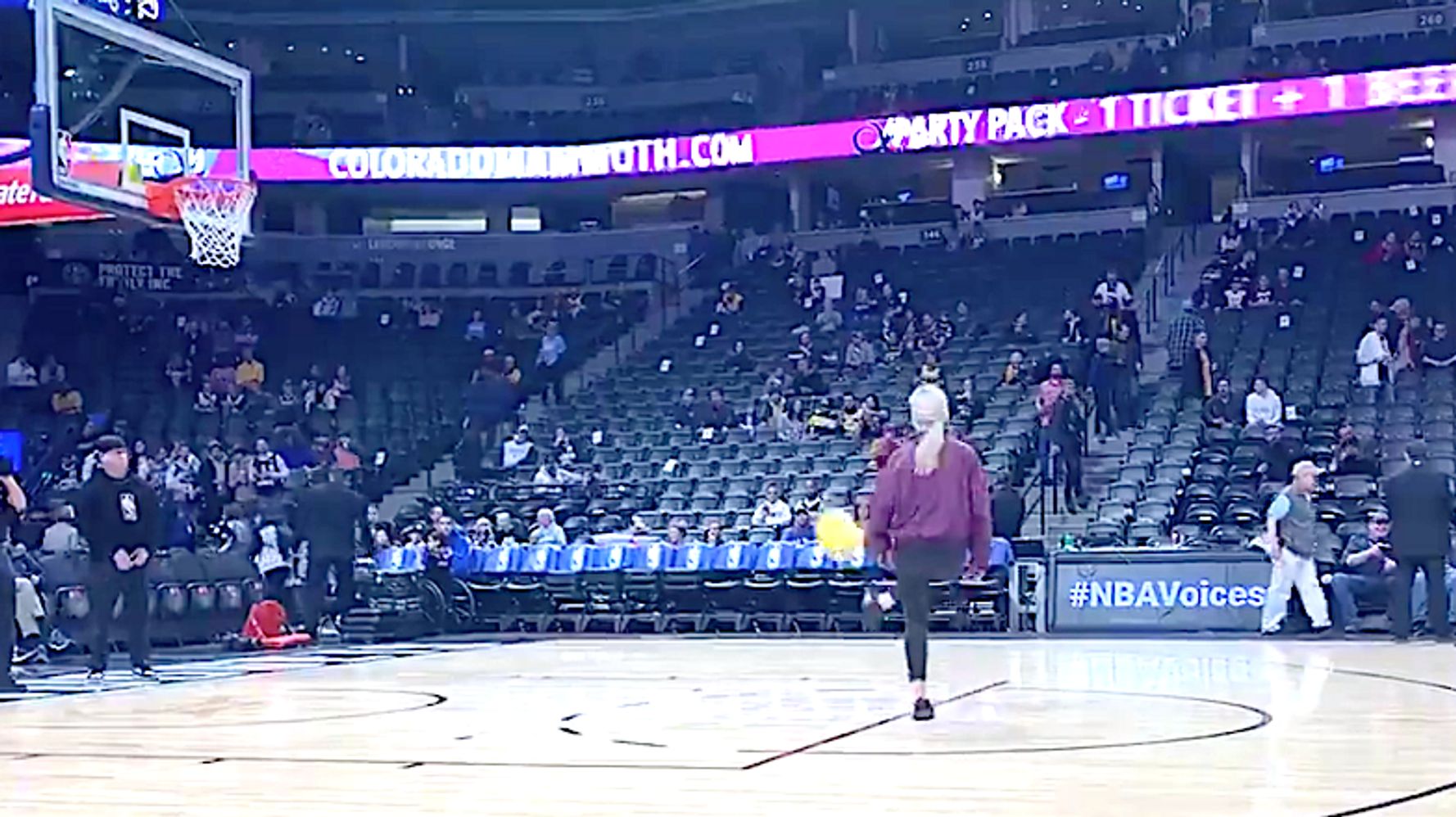 Take a World Cup-winning soccer star, add a bit of free time before an NBA game, and you get trick shot magic.

Midfielder Lindsey Horan of the U.S. women’s national team kicked in a basket from the free throw line at Denver’s Pepsi Center on Wednesday, drawing applause as the hometown Nuggets and Los Angeles Lakers prepared for their matchup.

Most people just shoot the Nuggets first shot of the game, but @LindseyHoran of the @USWNT has a different idea in mind… what a shot😱 pic.twitter.com/eWd59FInDl

“She can kick from the free throw line better than some of our guys can shoot,” an ESPN announcer said later. “She should have Dwight Howard kick ’em in.”

Howard, a veteran center for the Lakers, has made just 56.5%﻿ of his free throws in his career.

Here’s another angle on Horan’s stunt.

The Lakers won in overtime.

Bismack Biyombo Has Become The Unlikely Answer To Raptors’ Prayers

Bengals QB Threw A Touchdown Pass Right After Throwing Up On...