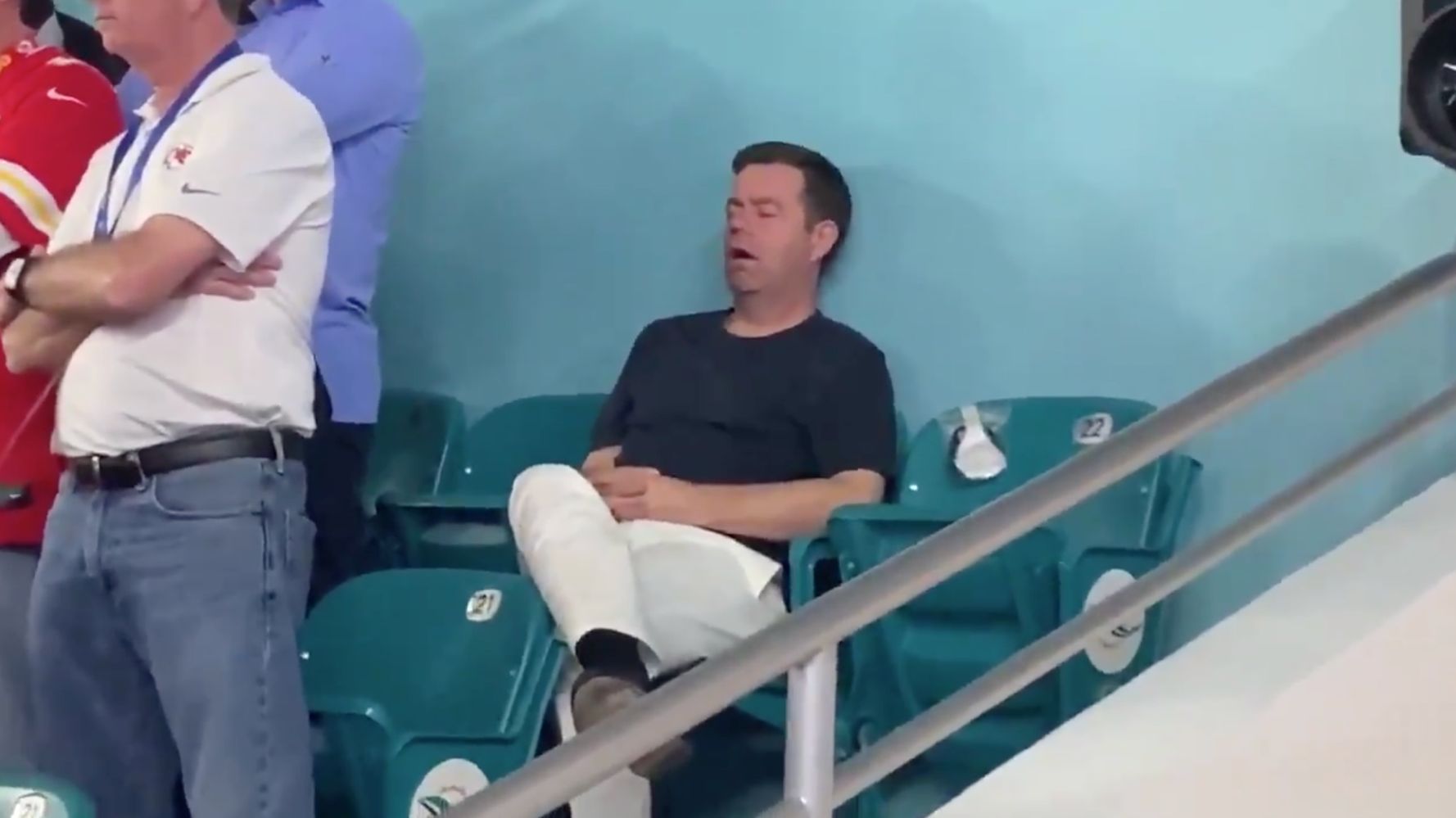 A man went viral for nabbing some shut-eye at Super Bowl LIV, an event many eager fans paid thousands of dollars to attend.

Sporting News reporter Karisa Maxwell was stunned to see the man sleeping through the showdown between the San Francisco 49ers and the Kansas City Chiefs in Miami on Sunday. She tweeted a short clip of the tired fellow during the first quarter of the game, and clearly, her surprise was shared. The video garnered 3.7 million views and over 50,000 likes.

Shortly afterwards, the reporter provided an update on the situation:

He just woke up …

oh no, should I tell him?

Oh no… His friend is currently showing him the video. The whole section knows.

A limited number of Super Bowl tickets are released for general sale and unless you win the ticket lottery, they must be purchased from resale sites. StubHub’s analysis of resold tickets on its site estimated the average ticket to the game cost around $7,000, CNBC reported. This year’s Super Bowl prices were the highest ever recorded, per CBS Sports.

Dumbfounded viewers speculated over how the man came to be so tired that he could not make it through one of the most coveted sporting matches of the year:

One time I was so exhausted I fell asleep a NIN concert and I love NIN. When you’re tired, ain’t no stopping that nap. https://t.co/2dOlyV27WZ

My man just wanted some time away from his kids

That said, this man is ahead of the game. According to Healthline, 40% of Americans will likely be sleep-deprived on the Monday after the Super Bowl, based on new survey results from the American Academy of Sleep Medicine.

College Athletes Don’t Get Paid To Play. These States Want To...