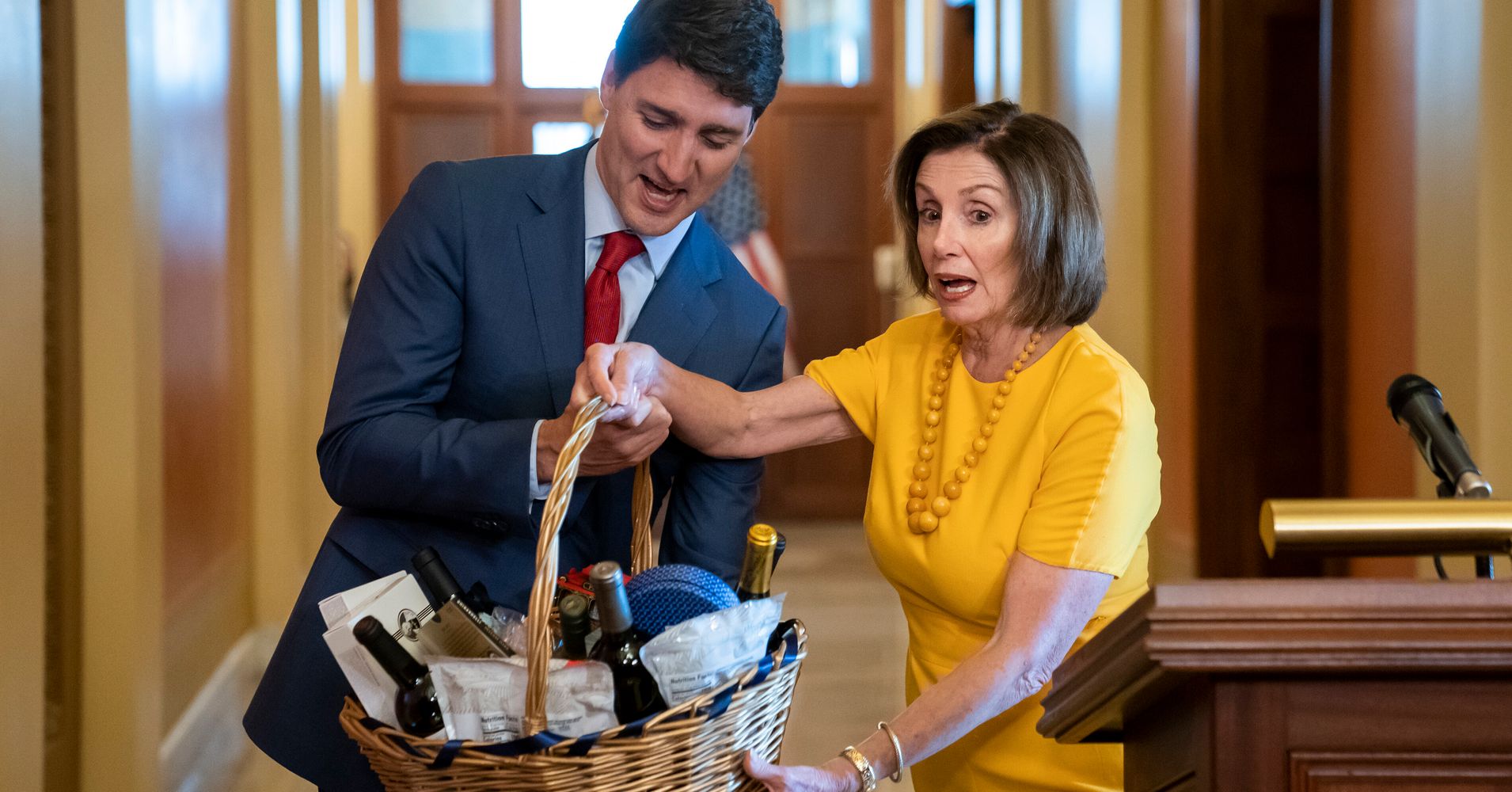 The biggest winner of the 2019 NBA Finals may have been Canadian Prime Minister Justin Trudeau. That is, if winning means receiving a massive basket of chocolates and several bottles of wine.

“At Normandy, we did not engage in any wagers,” she joked at a joint press conference at the U.S. Capitol. “It would not have been the time or the place. But shortly thereafter, after we were safely at home, we did engage, and now I’m here to settle the wager.”

The congresswoman then handed over a selection of her state’s specialties, including Ghirardelli chocolate bars, almonds, pistachios, walnuts and wine.

Trudeau responded by giving Pelosi a collection of his team’s paraphernalia, though he knows she won’t make use of it.

“Canadians are gracious in defeat and even more gracious in victory,” he said, taking out a stack of folded T-shirts. “I put together a little bit of Raptors swag. I don’t expect you to wear it.”

It’s wonderful to once again welcome @JustinTrudeau to the U.S. Capitol. And as promised, today I am handing over a selection of California’s finest following the @Raptors victory in the #NBAFinals last week. https://t.co/y4fI3bxPro

Trudeau had been visiting Washington for meetings with Pelosi, Senate Majority Leader Mitch McConnell (R-Ky.) and President Donald Trump to discuss the new trade agreement for the U.S., Canada and Mexico.