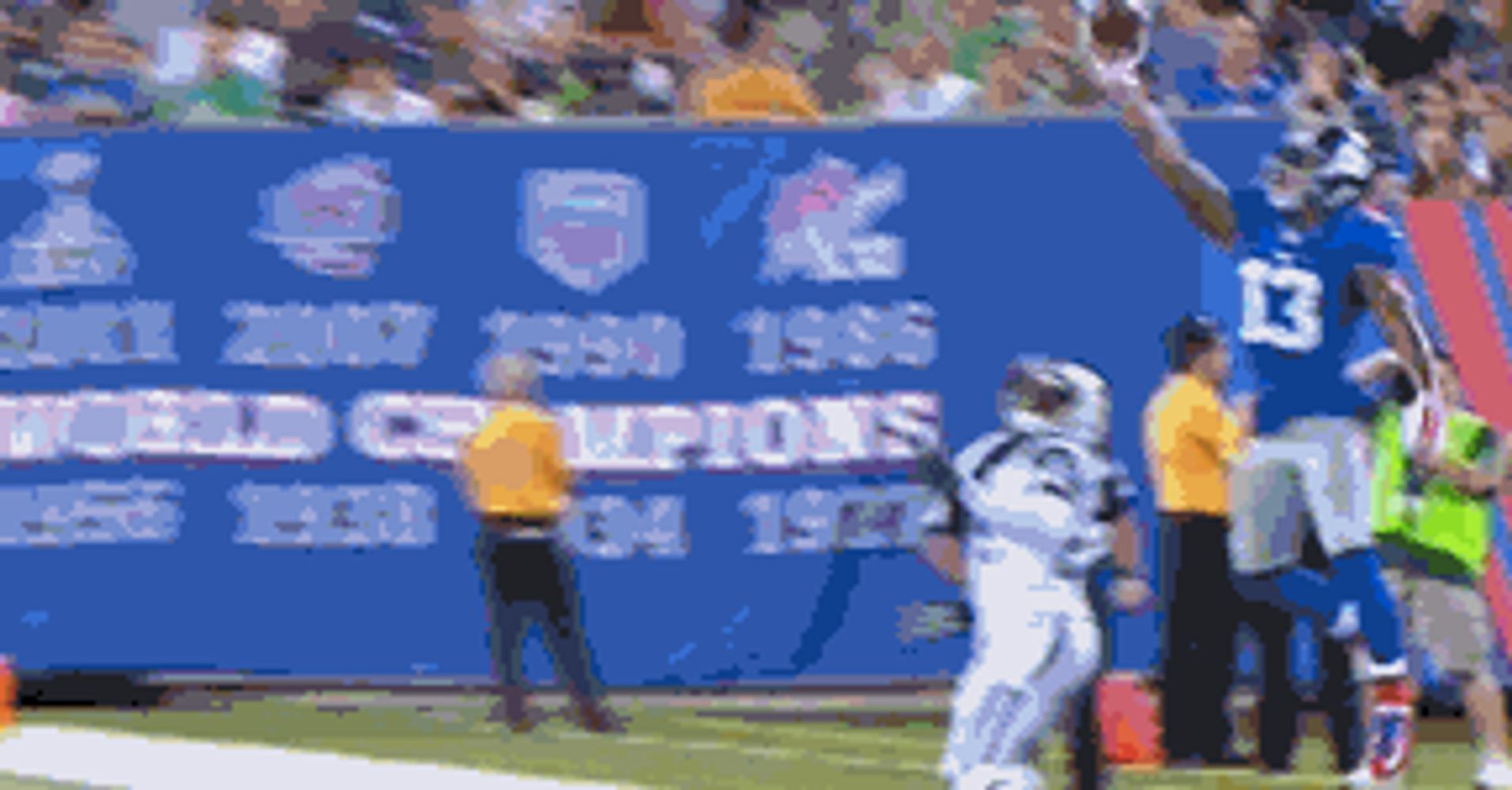 Entering his second NFL season, New York Giants wide receiver Odell Beckham Jr. is already known for “The Catch,” making every jump-ball opportunity that heads his way a get-out-of-your-seat moment for fans. If Beckham is leaping for a football, you’re standing up with him in anticipation that something amazing is about to happen.

Perhaps because it was a preseason game — and therefore ultimately meaningless — the surrounding fans didn’t rise in anticipation of the grab while Beckham leapt. He did, after all, give them plenty time: The way he jumped, spun and snatched that football with one hand all came in one fluid, graceful motion. It’s like he was hanging up there, in control of gravity, just waiting for the football to stick to his gloves.

As for the play itself, Beckham didn’t get both feet in bounds and an offside call wiped out the play anyway, but those are simple semantics. The kid made a helluva play over the NFL’s top one-on-one defender. He also put that defender in the dirt on Saturday:

Darrelle Revis has had better nights.

It’s Time To Dispel The Myth That Athletics Can Bankroll A...