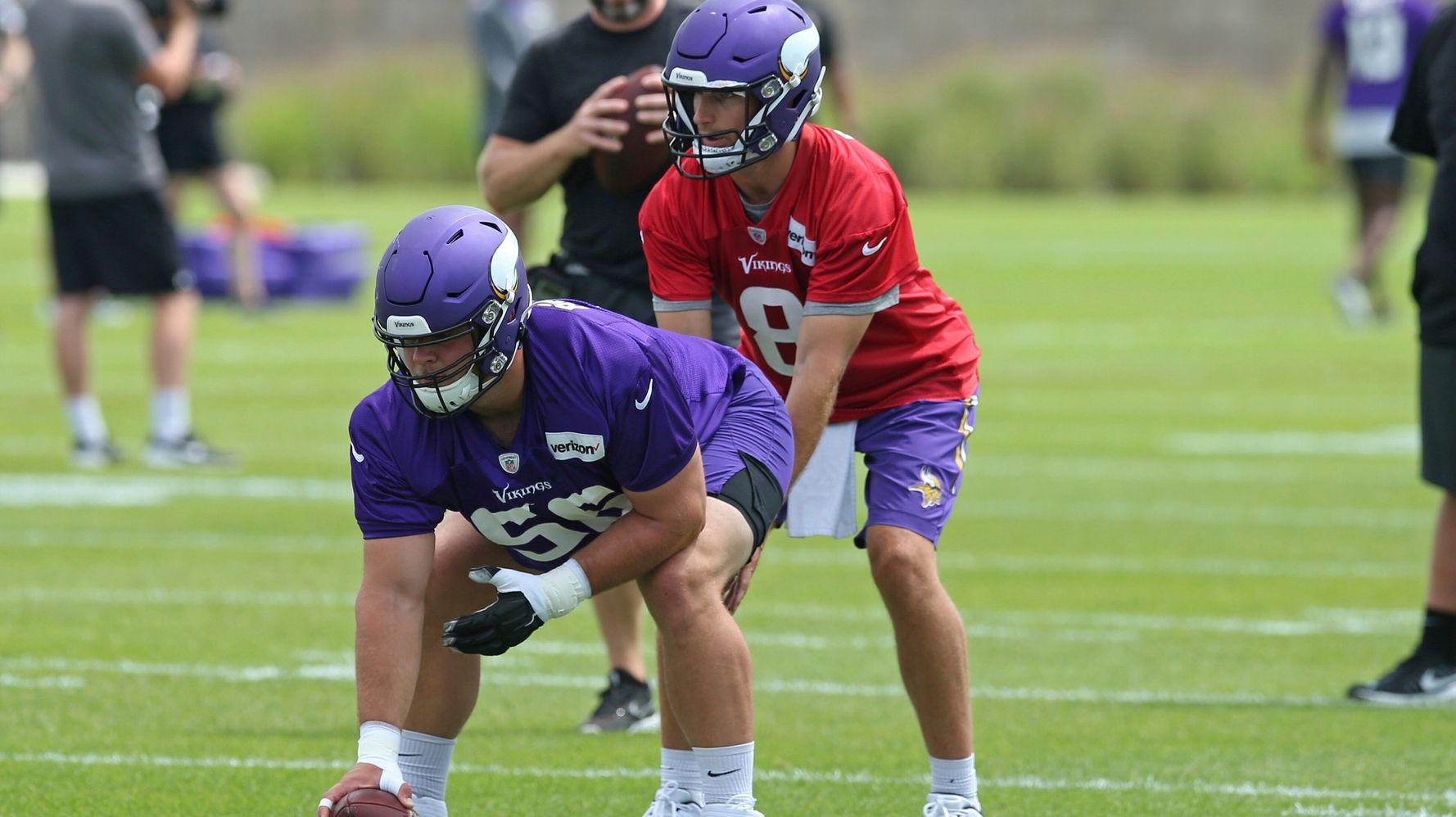 Minnesota Vikings quarterback Kirk Cousins says rookie center Garrett Bradbury is getting more than just his feet wet as the teammates prepare for their preseason opener.

Bradbury’s profuse sweating is producing some slippery snaps ― and some of it is apparently coming from a critical area, since the quarterback basically places his hands there.

Just days before Cousins and Bradbury play together in their first preseason game at New Orleans on Friday, the quarterback was asked whether the team should be scouting for “posterior sweating” in centers like Bradbury.

“I haven’t talked to our scouting department about that,” Cousins said, chuckling. “But I want to look at him and say, you know, that’s one thing we probably didn’t get a measurement on during the pre-draft process.”

Cousins does appear somewhat serious about his concern for Bradbury’s perspiration. “He promises that it’s not a problem in games, and it remains to be seen because his shorts today were soaked,” the Vikings star said on Wednesday.

Cousins added that perhaps the air conditioning in New Orleans’ Superdome would ease the wetness. “That’s a big thing I’m gonna take away from Friday night, is how tough was it to grip the ball after he snaps it to me,” he said.

While Cousins said the problem is Bradbury’s propensity to sweat all over, a few outlets focused on his dripping derriere. “Kirk Cousins hopeful that his rookie center’s butt won’t sweat so much in games,” USA Today’s headline blared.

Deadspin, whose title said the quarterback “has lots to say about his young center’s sweaty butt,” wrote of the rookie’s “swampy keister.”

Informed of Cousins’ comments, Bradbury told the Twin Cities Pioneer Press: “We are out here working. I don’t really know how to answer that.”

NBA Bans Warriors Part-Owner From Games For 1 Year For Shoving...

Sources: LeBron James Giving Anthony Davis The No. 23 With Lakers