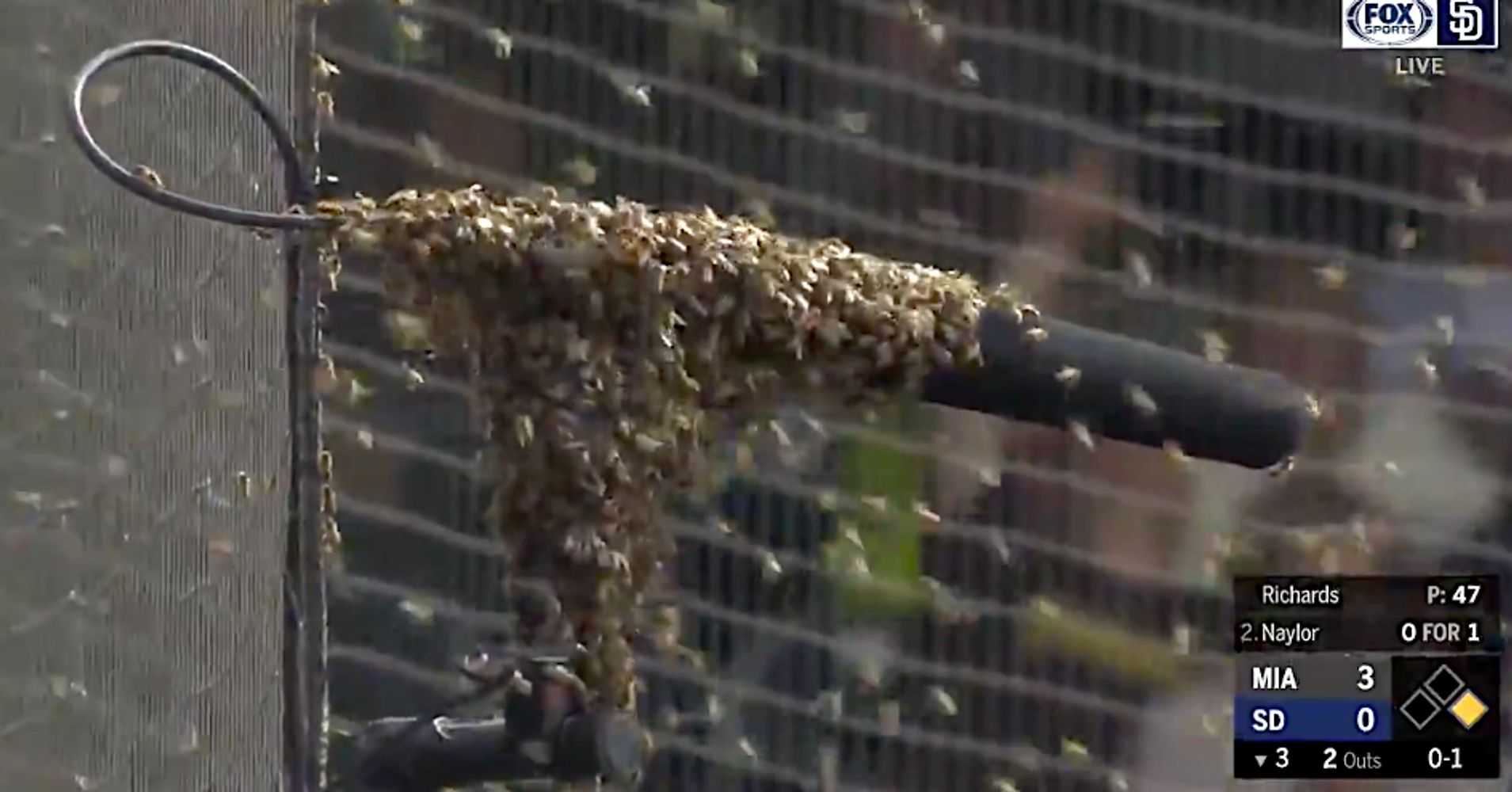 A swarm of bees took over a Fox Sports microphone near the San Diego Padres dugout, sending Sunday’s game against the Miami Marlins into a 28-minute “bee” delay.

The players vacated the field and fans behind home plate left the stands as an exterminator in a beekeeping suit climbed a ladder to spray the swarm, then used a vacuum to collect dead bees, The Associated Press reported.

Bees have taken over Petco Park causing a delay at #Padres game. They seem to really like the TV a microphones. pic.twitter.com/1efJO3joUy

The Padres have had problems with bees before. In a 2017 pre-season game, bees swarmed home plate during a Padres game against the Colorado Rockies at Arizona’s Peoria Sports Complex, sending players ducking for cover.

Last month, a similar situation happened during a Cincinnati Reds game at Great American Ball Park against the San Francisco Giants. A swarm of bees around home plate caused a delay in the game that lasted nearly 20 minutes.

Two beekeepers happened to be in the stadium sitting in the owner’s seats, according to local ABC News broadcast station WLWT,﻿ and were able to contain the situation.

Jeremy Lin Responds To People Who Think He Didn’t Deserve The...

Why Student Athletes Need to Be Careful About Their Online Reputation...

Breaking Down UFC 205: Alvarez vs. McGregor

MLB Commissioner Says Investigators Are At Work In Their Taubman Probe