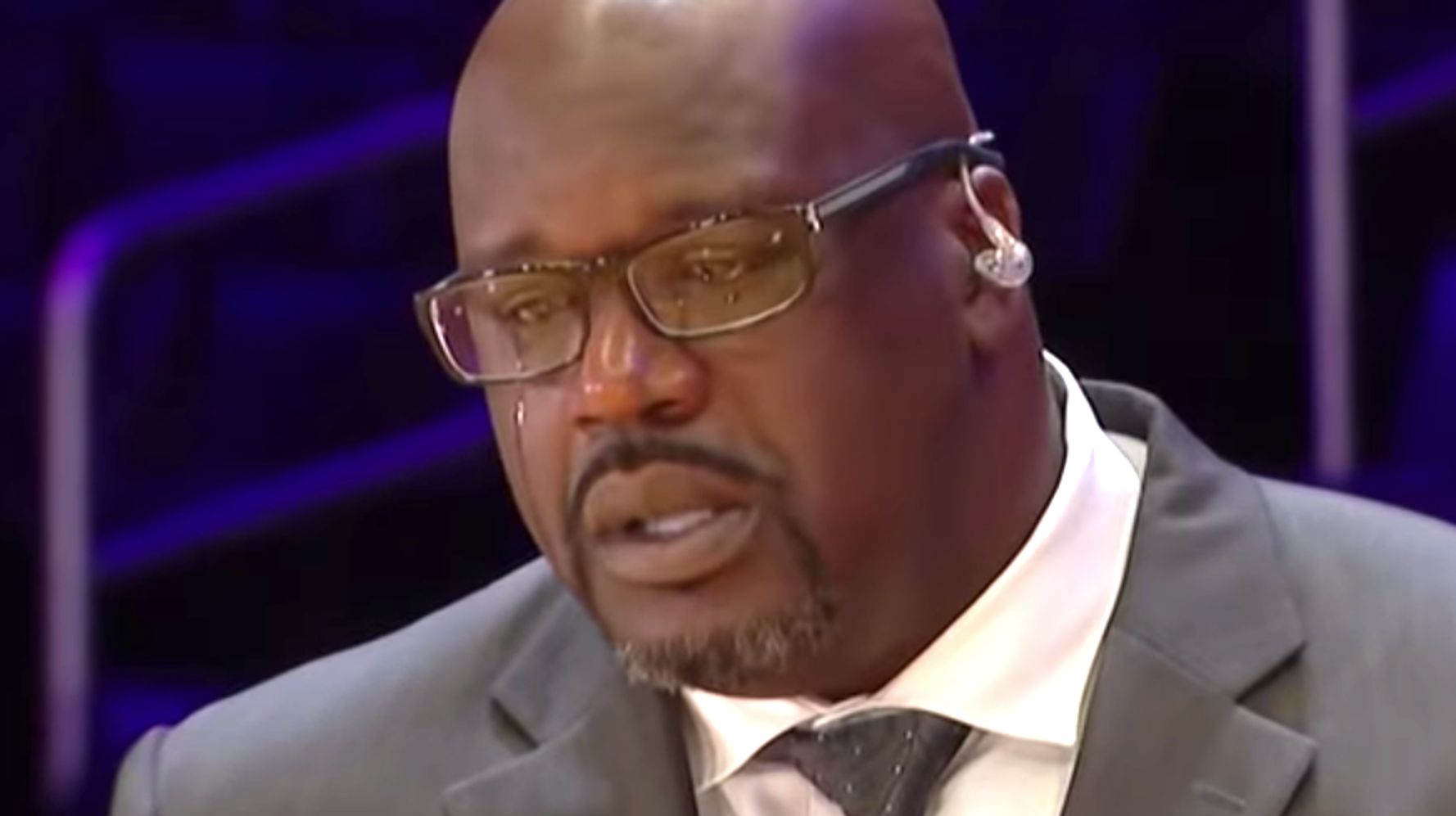 Tears streamed down Shaquille O’Neal’s face as he paid a poignant tribute to the late Kobe Bryant on Tuesday.

The NBA great remembered his former Los Angeles Lakers teammate — who he described as “a little brother” — during a special episode of “NBA on TNT” filmed at the Staples Center. Dwyane Wade, Charles Barkley, Kenny Smith and other basketball legends also honored Bryant on the show.

O’Neal shared that he initially dismissed the news of Bryant’s death in a helicopter crash on Sunday as an online hoax. Eight others also died in the crash.

“I haven’t felt a pain that sharp in a while,” O’Neal recalled. Later, he lamented what he’ll never get to say to Bryant, with whom he had a long-running feud until 2015.

Check out the clip here:

Wade revealed he’d been “in shock for two days” and was still “shaking” and “numb” from the death of his childhood hero.

“For me, as a young kid coming into this league, there was one person I wanted that respect from,” he said. “One person, I wanted to look at me as an equal. And look at me eye to eye. And it was Kobe Bryant.”

Check out that clip here:

O’Neal explained on his podcast Monday how Bryant’s death had caused him to “delete my beef and my confrontation clause” and settle outstanding conflicts because, “you know, you never know.”

“There are no words to express the pain I’m going through now with this tragic and sad moment of loosing my neice Gigi & my friend, my brother, my partner in winning championships, my dude and my homie,” he wrote on Instagram.

On Twitter, O’Neal praised Bryant for being “much more than an athlete.”

Kobe was so much more than an athlete, he was a family man. That was what we had most in common. I would hug his children like they were my own and he would embrace my kids like they were his. His baby girl Gigi was born on the same day as my youngest daughter Me’Arah. pic.twitter.com/BHBPN5Wq8V

Colin Kaepernick Sent A Message With His T-Shirt During His NFL...