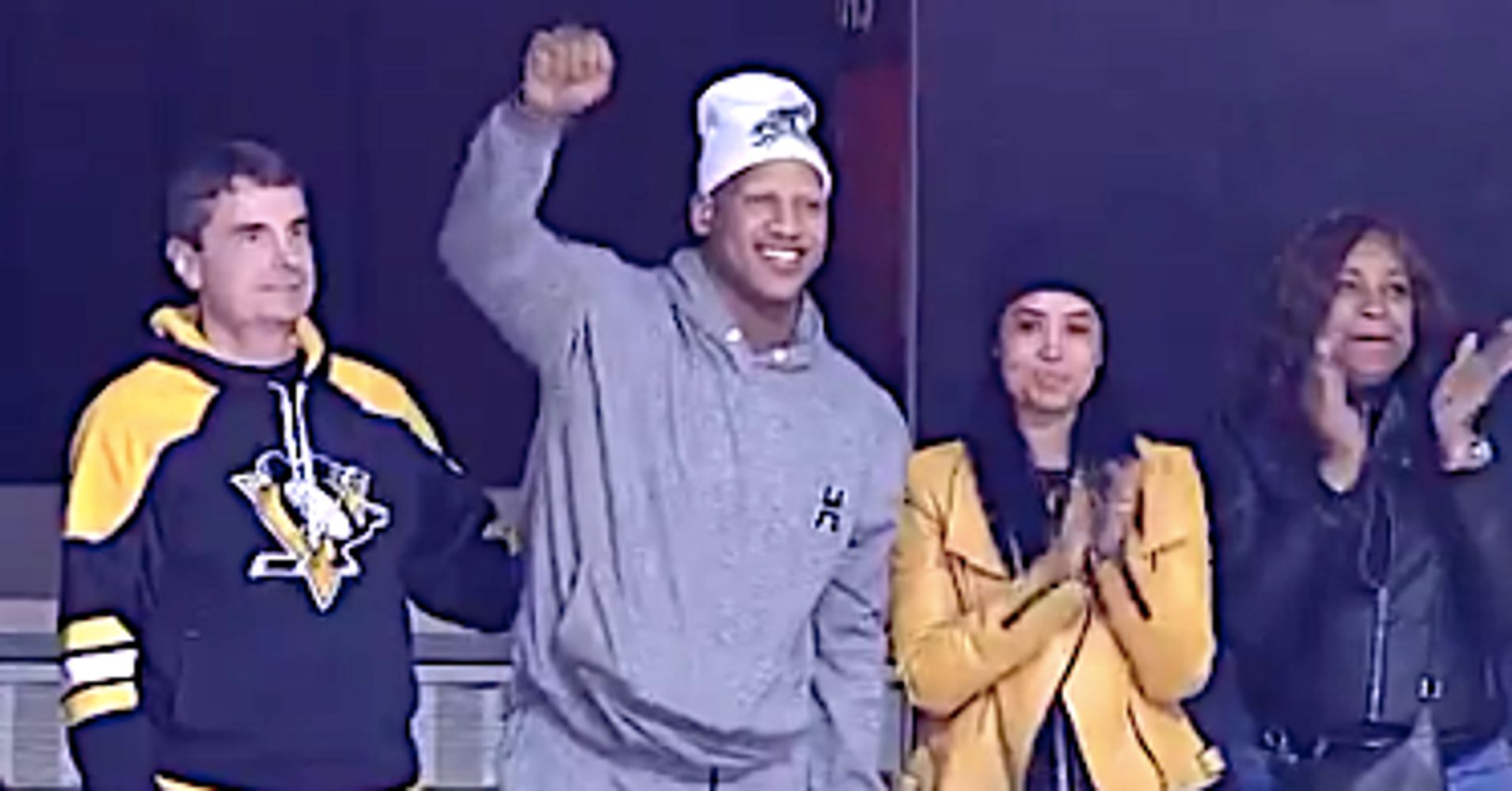 Shazier, who could not move his legs after a head-on tackle in early December during a game shown on “Monday Night Football,” stood up with assistance at a Penguins’ NHL game in Pittsburgh. He acknowledged the crowd with a raised No. 1 finger and a pat on his chest.

His prognosis appeared bleak after the injury and surgery, which resulted from this hit:

But last week, Shazier posted a photo showing him standing as he announced his release from the hospital. On Sunday, he confirmed a report from sports journalist Michele Tafoya that he was on an assisted-walking program, and said it “remains a struggle.”

Even so, quite a comeback.