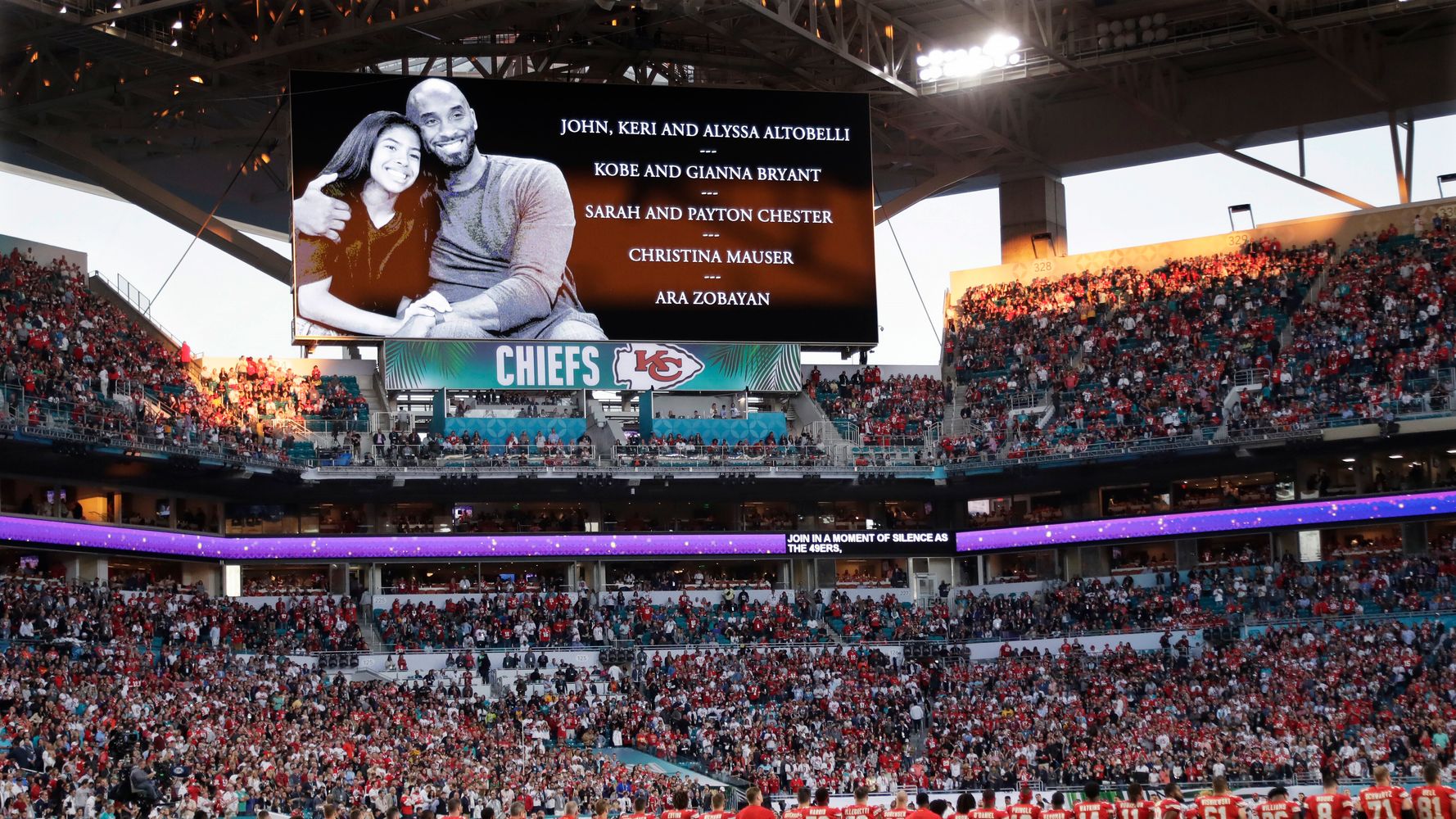 The Super Bowl LIV paid tribute to basketball legend Kobe Bryant with a moment of silence on Sunday, one week after he and eight other people were killed in a helicopter crash near Los Angeles.

The names of Kobe Bryant; his daughter Gianna Bryant; John, Keri and Alyssa Altobelli; Sarah and Payton Chester; Christina Mauser; and pilot Ara Zobayan appeared on the screen during the tribute.

The players for both the San Francisco 49ers and the Kansas City Chiefs stopped their pre-game activities and lined up at Miami’s Hard Rock Stadium for the moment of silence around half an hour before kickoff. They chose the 24-yard line to honor Bryant, who wore jersey No. 24.

They also honored Chris Doleman, a NFL Hall of Famer who died Tuesday at age 58.

A moment of silence in Miami pic.twitter.com/ghkMTxJ6cp

The 49ers and Chiefs took a moment to honor Kobe and Gianna Bryant, Chris Doleman and those who lost their lives in last week’s accident 🙏

Bryant’s impact went beyond his own sport, and many NFL players spoke out during the past week about how he had inspired them with his famous “Mamba Mentality.”

Before the game, several 49ers and Chiefs players expressed what the self-described Black Mamba meant to them.

Richard Sherman, a 49ers cornerback, said in a televised interview Monday that there were “not enough words in my vocabulary … to describe what Kobe means to me.”

Drake Had The Most Drake Reactions To Toronto Raptors Winning First...