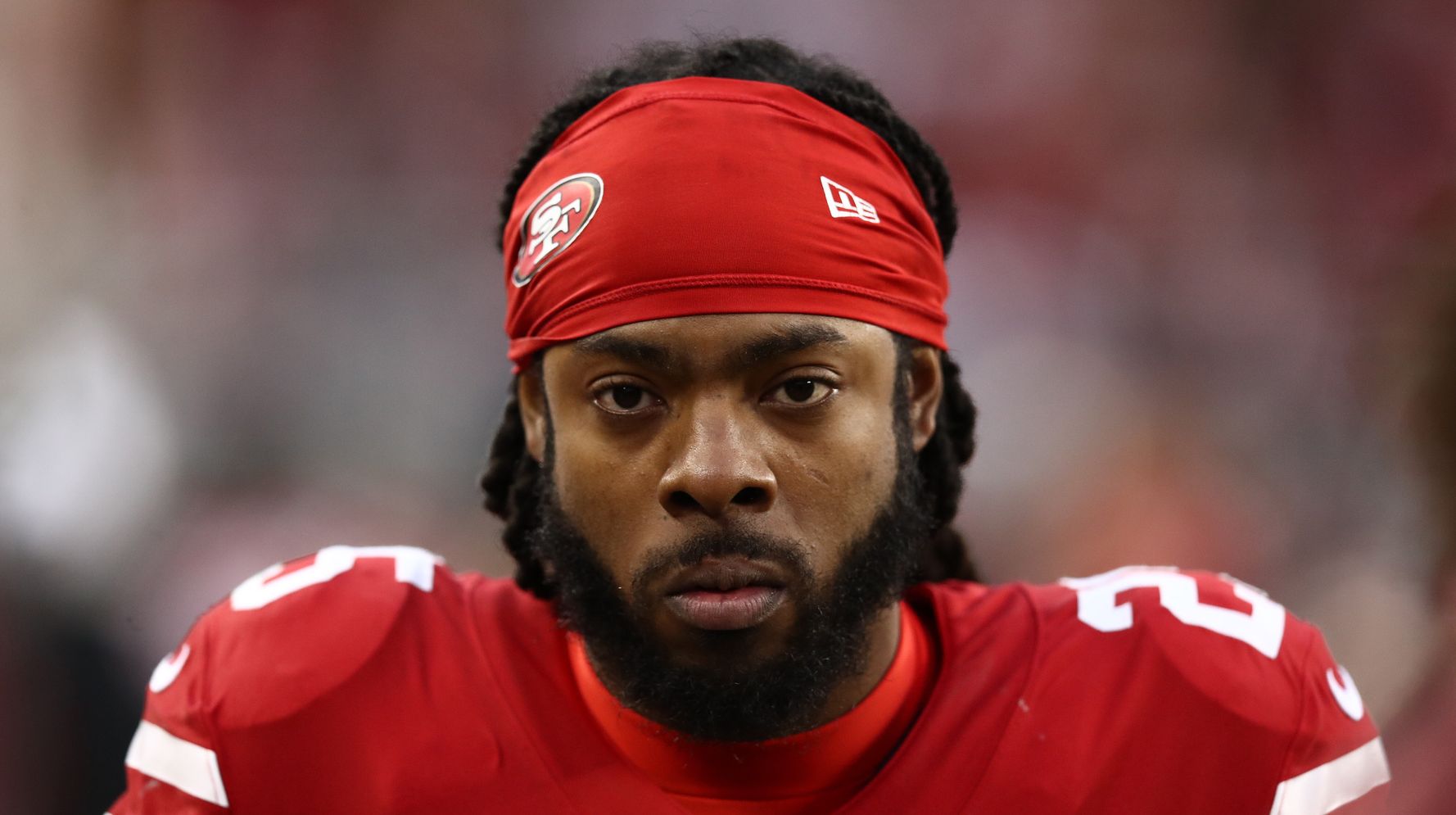 San Francisco 49ers cornerback Richard Sherman was still playing defense after his team beat the Green Bay Packers on Sunday to advance to the Super Bowl.

While Sherman’s interception late in the game sealed the 37-20 victory in the NFC championship game, a former rival was talking smack about him as Sherman celebrated his third trip to the Super Bowl. (He won one with Seattle.)

Former NFL great Darrelle Revis was indeed one of the best cover men in the game, but why diss now?

Revis, who retired in 2018, blasted Sherman for “hiding” in zone coverage and claimed he was afraid of defending receivers man-to-man.

Fear of getting beat in man to man coverage. Every snap every play. The fact that he doesn’t travel as a cornerback is lame. Except the challenge as the best and shut Adams down the entire game. Do it for the game of football. Stop hiding a cover 3 zone. pic.twitter.com/OWuzFtj8ov

“All y’all think I’m throwing shade,” the former New York Jet wrote. “I’m not. Just stating the man is not a pound for pound man to man corner.”

All y’all think I’m throwing shade. I’m not. Just stating the man is not a pound for pound man to man corner. If you know the game of football he plays in a Cover 3 Scheme. He does not travel but traveling with a receiver is not for every DB. It’s a few on the corner list who can

Like the rest of the league, Revis is probably aware that Sherman talks a good game, too. The ex-Stanford star came out the better in a feisty Twitter joust. “I would go in on this has been but I have a Super bowl to prepare for. Enjoy the view from the couch,” he wrote to Revis.

He then threw shade at a later stage of Revis’ career.

I would go in on this has been but I have a Super Bowl to prepare for. Enjoy the view from the couch. Your ninth year looked a lot different than this. Lmao https://t.co/jj3pwWYhVa

Revis clapped back with statistical ammo and warned Sherman that he will have to cover a tough and speedy Kansas City Chiefs receiving corps in the Super Bowl on Feb. 2 in Miami. Sherman clearly had energy to burn after the game because he kept zinging back into the wee hours on Monday. He also offered Revis a spelling lesson and a visual reminder that he made mistakes, too.

My 9th year I lead the entire league in turnovers. 5 Ints and 4 Fumble Recoveries. Enjoy the Super Bowl and strap up because this game you will have to cover. @RSherman_25 😂😂😂

I have to cover every game kid. I get my hands on the football in the playoffs something you will never know anything about. https://t.co/V6uFIvNQvT

And it’s “Accept”. Thought I would give you a lesson while I was here https://t.co/jj3pwWYhVa

To be fair, Revis has a Super Bowl victory to his credit with the New England Patriots (which beat Sherman’s Seahawks) and he has three interceptions to Sherman’s four in the postseason, NBC noted.

But Revis loses points for pettiness. Victory to Sherman.

Breaking Down UFC 207: Nunes vs. Rousey