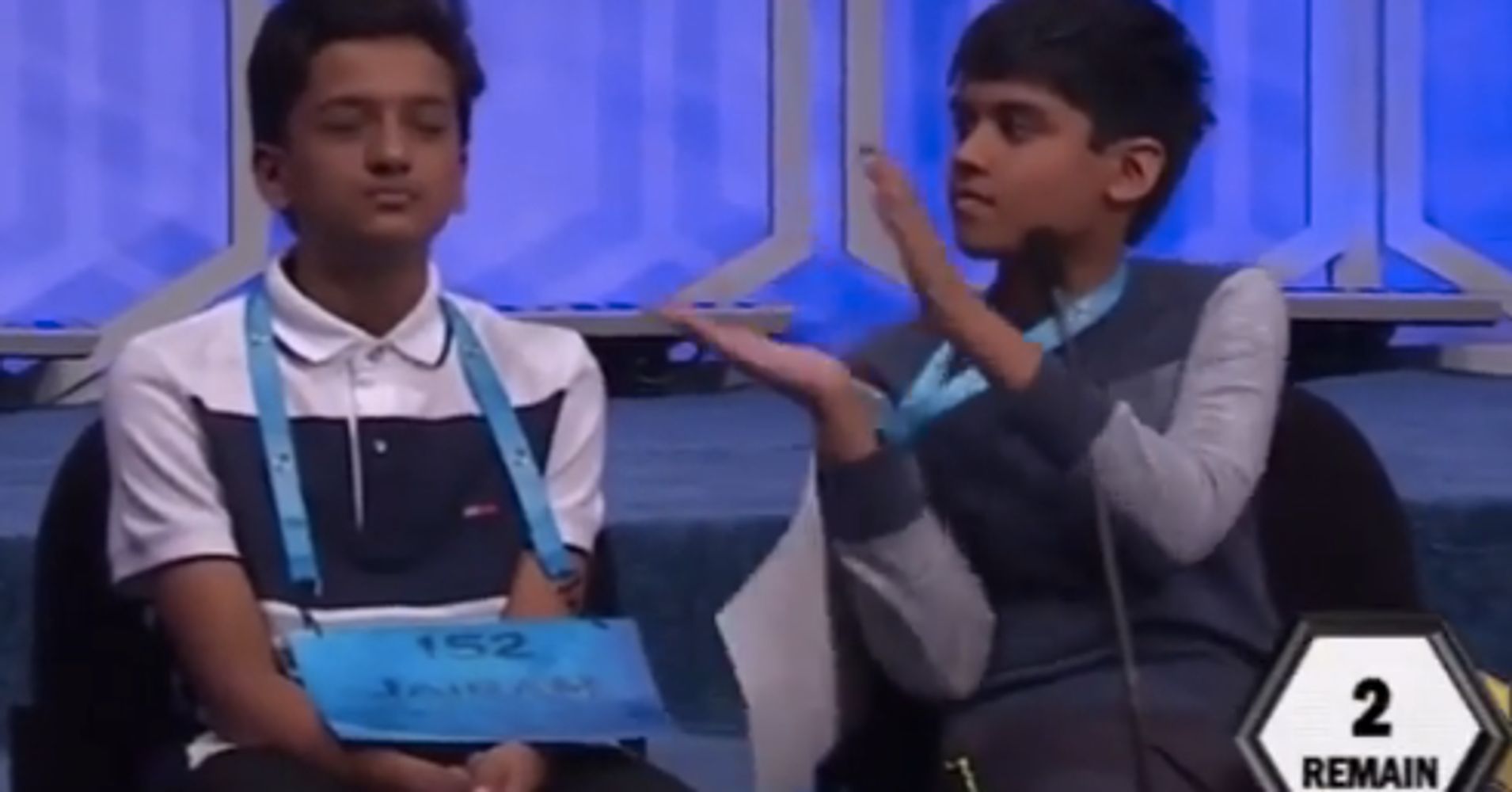 Standing on the biggest stage of their careers, the best of the best faced off on Thursday evening. It was a night full of tears and taunts, of cold-blooded celebrations and clutch competition.

It was not the NBA Western Conference Finals. It was, somehow, the annual Scripps National Spelling Bee. And it was actually pretty lit.

In what seems to have been a concerted effort to appeal to the elusive “youth culture,” the ESPN-broadcasted bee was replete with moments intended to go viral — and however obviously cynical the move may have been, we have to admit: It worked.

This year’s spelling competition was — miraculously — pretty entertaining, and a lot of that was a result of kids being kids. While the Golden State Warriors were dueling with the Oklahoma City Thunder on the West Coast, we had a matchup just as contentious on the other side of the country, between the soon-to-be co-champions Nihar Janga and Jairam Hathwar. Here are some of the best moments from last night’s competition.

The kids proved the dab isn’t quite dead yet.

And if the dab isn’t dead, you know the Running Man Challenge is still alive and well.

the spelling bee running man made me so happy pic.twitter.com/XXb7ZJN7zP

When Jairam misspelled “drahthaar,” co-champion Nihar “The Machine” had no mercy.

“while painting a portrait for his shrine to steph curry…” #spellingbee pic.twitter.com/qHNvG9hxzj

“While painting a portrait for his shrine to Steph Curry, the artist used giallolino to help create the perfect hue for his Golden State Warriors jersey.”

… Which Bryant loved, of course.

#NiharJanga you just made my whole day buddy.. Congrats on winning the #spellingbee champ.. Some how some way I have to get you to a game #x

Lil Wayne and JJ Watt also found themselves fixed to the screen as the competition went down.

this 5th grader is amazing at this #spellingbee !

This spelling bee is fire.

So really, we have just one question left:  Can we turn this into a seven-game series too, please?

It’s Time To Dispel The Myth That Athletics Can Bankroll A...