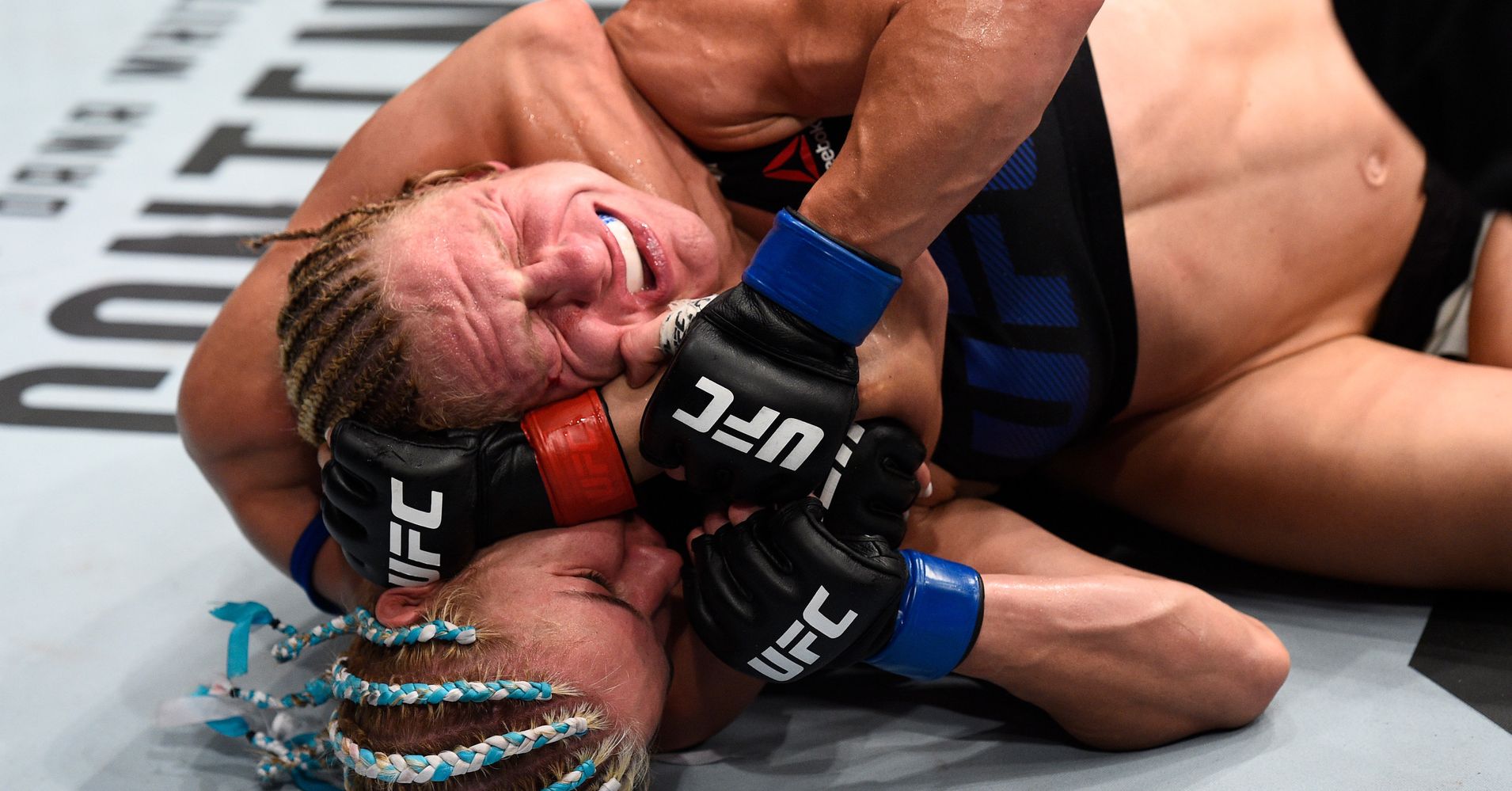 Justine Kish pooped herself during her UFC strawweight match Sunday ― and she owned it like a champ.

“S―t happens” Kish tweeted Monday after video circulated of her leaving excrement on the mat while she struggled during a defeat to Felice Herrig in Oklahoma City.

Here’s the footage. It’s pretty gross and apparently not the only fecal episode in MMA.

MMA Junkie reported that Kish was once within seconds of losing consciousness during the bout but did last its entirety. She lost by unanimous decision.

You have to admire her competitive spirit.