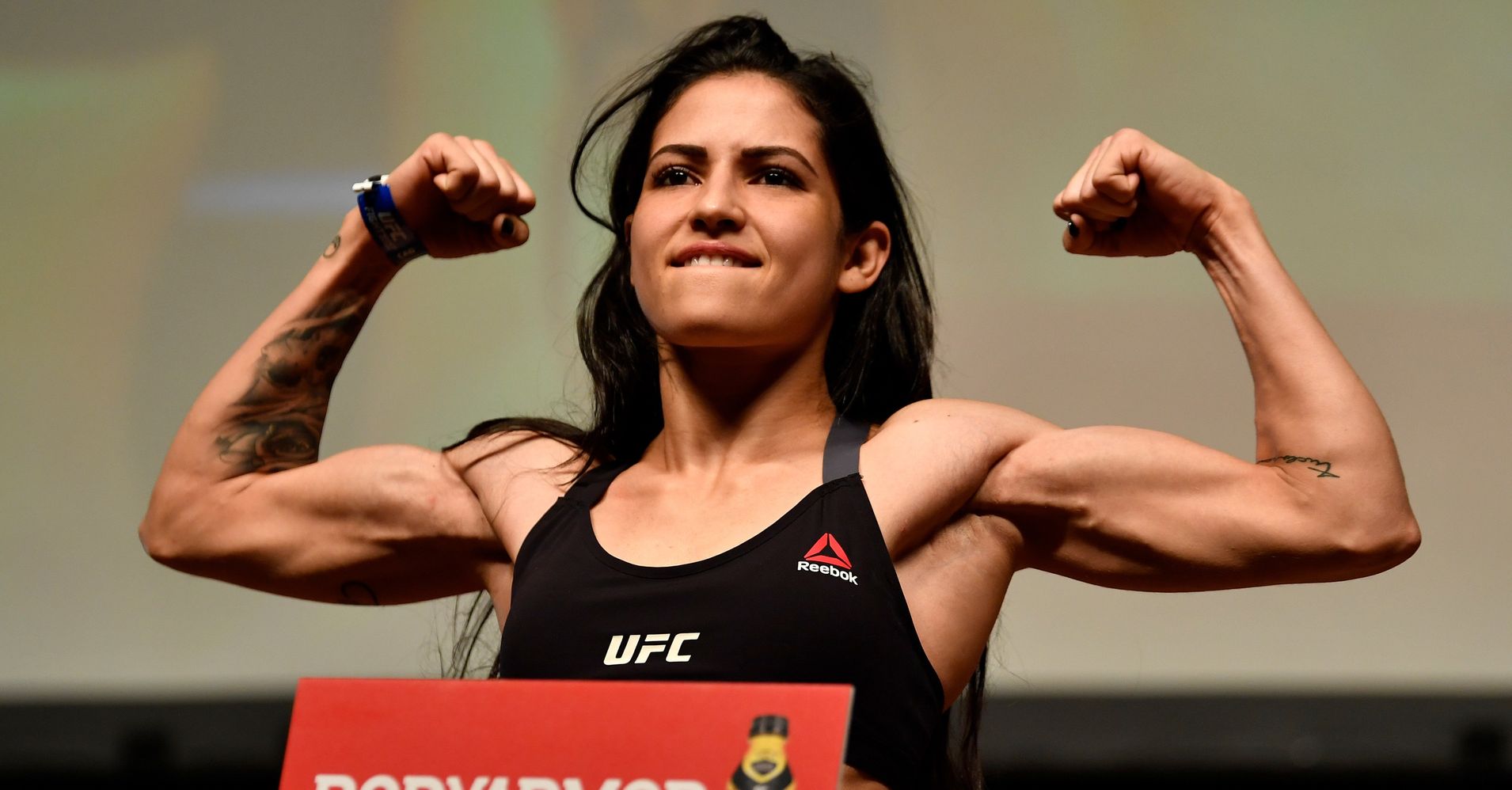 A would-be robber has been left bruised and bloodied after allegedly attempting to mug Brazilian UFC fighter Polyana Viana.

Viana, who is also known by her nickname “The Iron Lady,” told MMAJunkie ― a website that covers mixed martial arts ― she was waiting for an Uber in Rio de Janeiro on Saturday when she was approached by the man.

“When he saw I saw him, he sat next to me,” she said. “He asked me the time, I said it, and I saw he wasn’t going to leave. So I already moved to put my cell phone in my waist. And then he said, ‘Give me the phone. Don’t try to react, because I’m armed.’ Then he put his hand over [a gun], but I realized it was too soft.”

Thinking that her alleged attacker wouldn’t have time to draw his weapon ― which was later revealed to be a piece of cardboard shaped like a gun ― the UFC strawweight said she stood up and “threw two punches and a kick.”

“He fell, then I caught him in a rear-naked choke. Then I sat him down in the same place we were before and said, ‘Now we’ll wait for the police,’” she said.

Authorities reportedly took the alleged attacker to have his wounds seen by medical staff before taking him to a station, where Viana filed a police report.

Photographs of the unidentified man’s injuries were uploaded to Instagram by UFC president Dana White on Sunday.

Viana, 26, said that she “was fine” throughout the ordeal, adding that she thought the alleged mugger “was scared I was going to beat him up more.”

Breaking Down UFC 205: Alvarez vs. McGregor