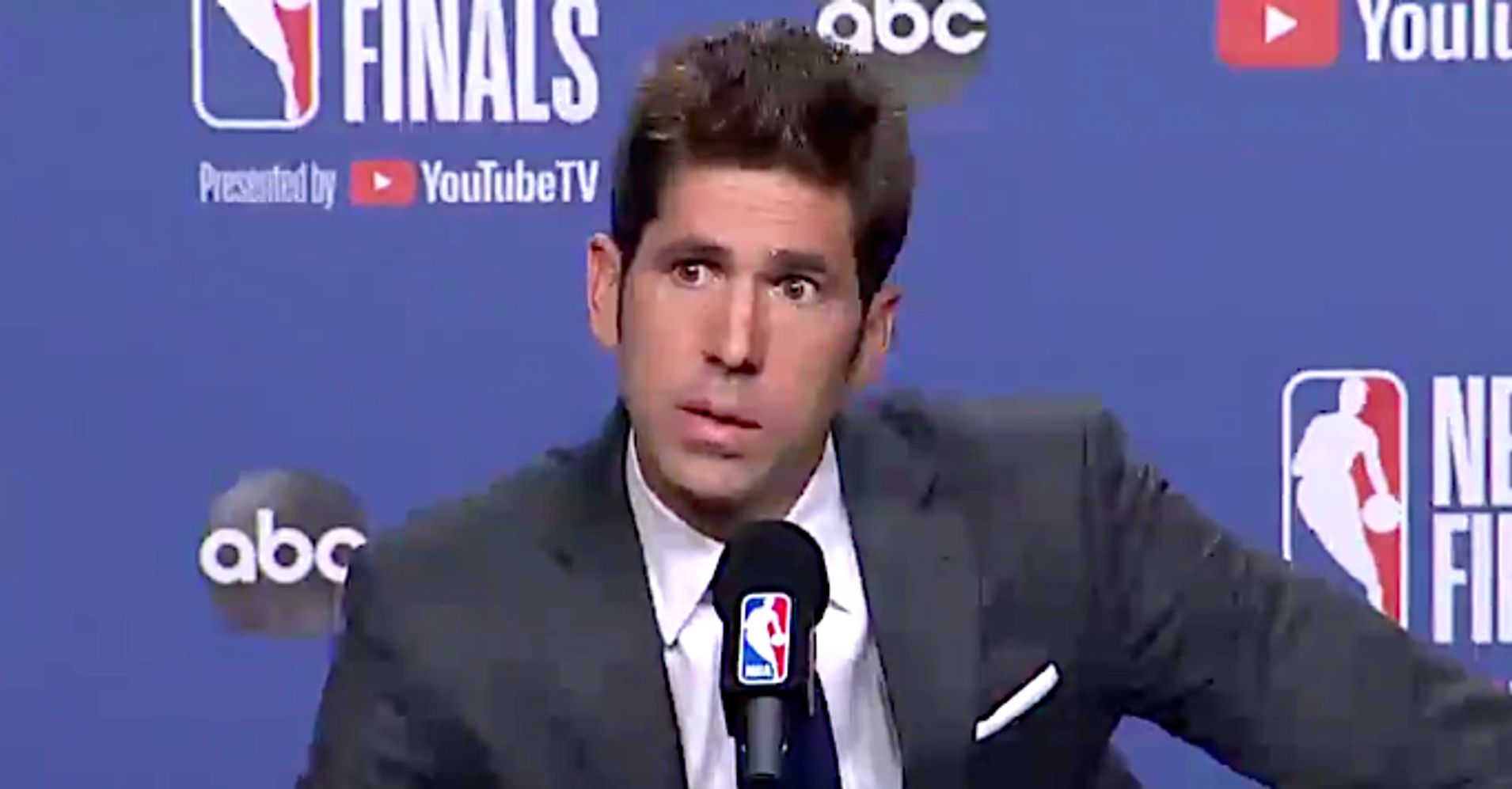 The Warriors beat the host Toronto Raptors, but lost their star forward in the second quarter to an apparent Achilles tendon injury. Myers broke down at the post-game press conference.

“It’s an Achilles injury. … He’ll have an MRI tomorrow.”

Bob Myers holds back tears as he explains the magnitude of Kevin Durant’s injury. pic.twitter.com/glQ6j5hATe

Durant had undergone four weeks of rehab on a calf muscle injury he sustained in a previous playoff series and was seeing his first action in the finals on Monday. He hobbled off on the same right leg.

“I don’t believe there’s anybody to blame but I understand this world,” he said. “If you have to, you can blame me. I run our basketball operations department.”

Myers went on to praise Durant, calling him “one of the most misunderstood people.”

Durant was scheduled to undergo an MRI on Tuesday. The news was expected to be bad. The NBA Finals resumes in Oakland on Thursday, with the Raptors holding a 3 games to 2 lead.

Ahh no, KD went down pic.twitter.com/thJCbDomrI

Bipartisan Group Of Lawmakers Blasts NBA For Caving To China

These Are The Top 25 Freshmen Of Men’s College Basketball