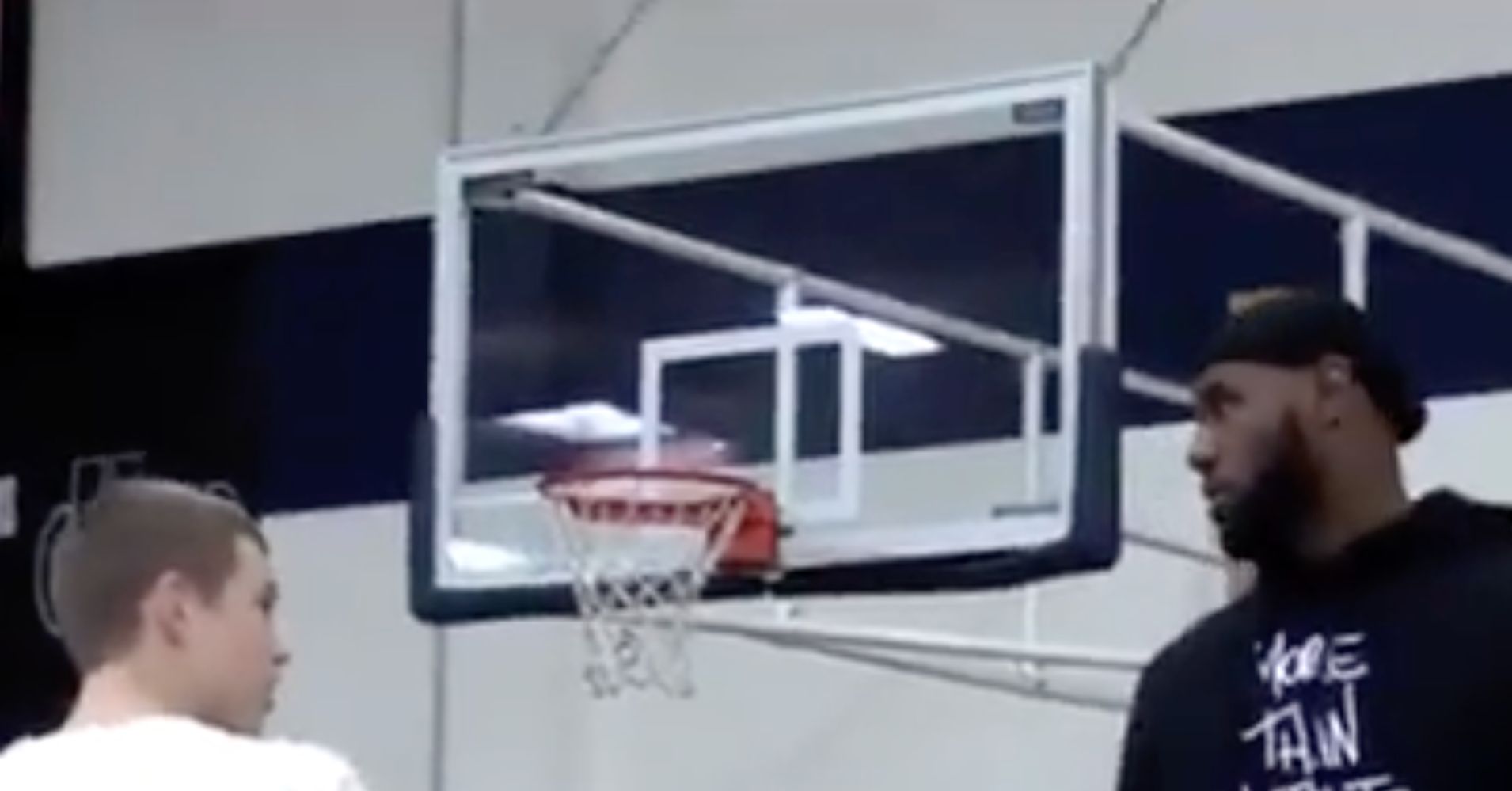 NBA great LeBron James has certainly faced higher stakes when it comes to making clutch baskets ― but getting challenged by a kid to a 3-point-shooting contest still left him open to ridicule if he lost.

Gabe Cupps, an Amateur Athletic Union teammate of James’ 14-year-old son, LeBron James Jr., called out King James for a duel beyond the arc ― and the king accepted.

In a clip James posted Sunday, the two traded buckets until a winner emerged.

“Told him about a certain switch I can hit when needed and he didn’t believe me,” the victorious James wrote on Instagram. “Well he found out the hard way!”

The Lakers star also called Cupps one of the “best shooters” and offered reassurance to the youngster. “Still my guy Cupps nevertheless.”

James has made 34.3% of his 3-point attempts in his NBA career. But when he was unguarded with his pride on the line, he didn’t miss.

Conor McGregor Knocks Out Eddie Alvarez At UFC 205 To Claim...

Boston Red Sox Under Investigation For Alleged Cheating During 2018 Championship...